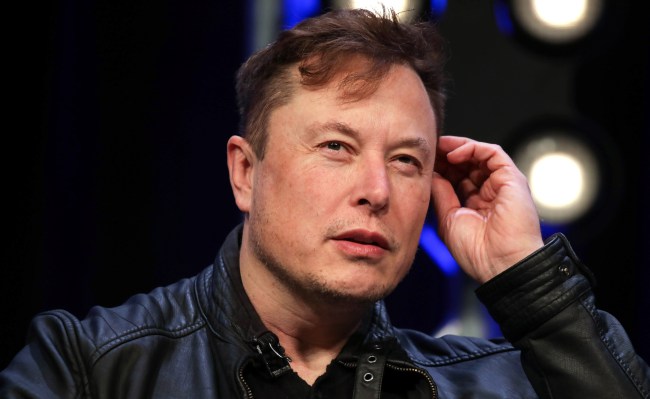 Can someone please do a wellness check on Tesla and SpaceX founder Elon Musk? The 48-year-old entrepreneur appears to be going through some sort of issue that’s causing him to lose his mind.

Last week, billionaire Musk announced on Twitter that he was planning on “selling almost all physical possessions.”

My gf @Grimezsz is mad at me

That reveal came shortly after Musk tweeted that he thought Tesla’s stock price was too high, resulting in the company losing $13 BILLION in value and pissing off pretty much everyone who had invested in it.

Musk, all my earnings through trading were meant for buying basic TESLA are gone now with this tweet... It’s royally screwed me. I will remember you for my life each day!

Wtf Elon! You own the company, you can't say shit like this. You just cost me thousands of dollars within seconds. I'm a model 3 owner, long stock owner and you do this? Extremely disappointing!

Thank you for devaluing my tesla employee stock. We got this in exchange for a portion of normal salary, you know?
Seriously, what's wrong with you?

Not that he seemed terribly concerned about it.

On Monday, Musk announced he and his girlfriend Grimes welcomed a new baby boy and on Tuesday he shared this photo.

He then joked, “Never too young for some ink haha.”

Thanks 🙂 Never too young for some ink haha

Musk then revealed that the baby’s name is X Æ A-12. Go ahead… try to pronounce it.

The thinking is, Æ is pronounced “ash” in the Scandinavian alphabet and A-12 is for the Lockheed A-12, a CIA aircraft codenamed Archangel. Others have also suggested that the X is means “Chi” so the kid’s name would actually be Chi Ash Archangel Musk.

I guess after having twins and triplets with relatively normal names like Griffin, Xavier, Damian, Saxon and Kai he was looking for something different.

Even if Musk is joking about his new son being named X Æ A-12 the reactions to the mere idea of it have been quite entertaining.

WARNING: We have run out of X Æ A-12 license plates in the gift shop. pic.twitter.com/3p29qCCAMP

Between Nic Cage playing Joe Exotic and the Musk/Grimes baby being named X Æ A-12 how am I supposed to function today???

Idk why people are going crazy over Grimes’ baby’s name X Æ A-12... the aliens can pronounce it because that baby isn’t going to be raised here on Earth.

Your kid's name must contain at least one lowercase letter, one capital letter and one number.

for those of u asking how X Æ A-12 is pronounced, it’s pic.twitter.com/o8u4RQINH9

put grimes on the phone