Elon Musk Says First SpaceX Flight To Mars Set For 2019, But If You’re On It You’ll Probably Die 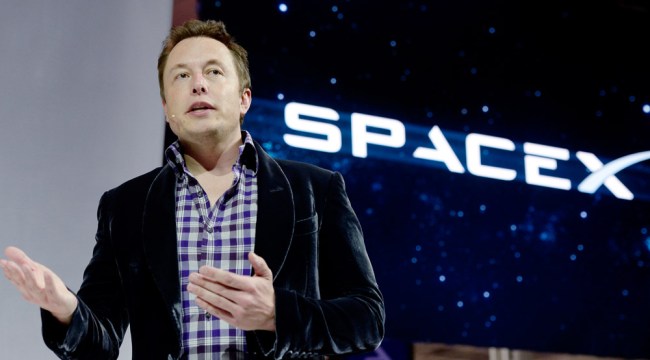 Tesla and SpaceX founder Elon Musk revealed this week at the South by Southwest festival in Austin, Texas that he believes the first Space X test flight to Mars should happen in early 2019. You just probably don’t want to be one of the passengers on the spaceship.

Also, Musk admitted that “sometimes, my timelines are a little, you know…” So, don’t hold him to a completely firm date. That being said, it sounds like he’s getting pretty close.

“We are building the first Mars, or interplanetary ship, and I think we’ll be able to do short flights, up and down flights, sometime in the first half of next year,” the The Times reported he told the audience at the SXSW festival.

Not that he advises being a passenger on that first flight.

“It’s difficult, dangerous, [there’s a] good chance you will die, excitement for those who survive, that kind of thing,” said Musk. “I think there aren’t that many people that want to go in the beginning because all those things I said are true. But there will be some who will, for whom the excitement of frontier and exploration exceeds the danger.”

Musk also mentioned that he was hopeful that SpaceX’s BFR rocket system would become a reusable form of interplanetary travel. One that will eventually allow us to send a cargo mission to Mars by 2022 and begin colonizing the Red Planet before the next “probable” world war.

“I think it’s unlikely that we’ll never have a world war again,” the BBC reports Musk told the audience. “This has been our pattern in the past.”

Once that happens Musk believes there will be an “explosion of entrepreneurial opportunity because Mars will need everything from iron foundries to pizza joints.”

Going out for pizza on Mars? Man, I sure hope I live long enough to see that happen.

But first, let’s just make his Tesla doesn’t come crashing back down to Earth.