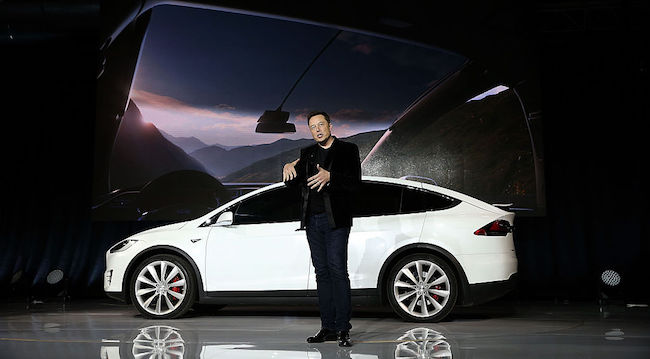 After figuruing out how to produce an actual version of the pill in Limitless a few years ago, Elon Musk has made it his mission to revolutionize every form of transportation as we know it. He first set out to conquer the roads when he founded Tesla before turning his attention to a public transportation project partially funded by flamethrowers, because that’s just what you do when you’re Elon Musk.

What’s even more impressive is that he did all of this while developing a private space program in an attempt to get all of the other members of  The Billionaires Club to laugh at Richard Branson. If Musk is a real-life Iron Man, then Branson is… whatever villain Iron Man is best known for fighting. I honestly have no idea.

Last week, Musk did everything he could to kickstart Branson’s search for a private island with its own volcano when he strapped a Tesla Roadster to a Falcon Heavy rocket and shot it in the general direction of Mars. It eventually started drifting toward an asteroid belt, and while no one’s exactly sure where it’s headed, it appears there’s a chance it might end up exactly where it started.

According to CBS News, Canadian astrophysicist Hanno Rein and other researchers looked at the current trajectory of the Tesla and examined possible routes it could take to traverse the galaxy and beyond through a series of simulations. According to their analysis, there’s a chance that the Tesla could come crashing back to Earth at some point.

However, it doesn’t appear anyone who was alive to watch it take off will be here to witness its triumphant return, as there’s only a 6% chance the vehicle renteres the atmosphere in the next million years (where it will likely burn up before reaching the surface).

It might not sound like a huge deal, but that number jumps to 11% over a three million year period, so if you happen to be immortal, you might want to start preparing for the worst.