Elon Musk Hits Back At ‘Jeopardy!’ Champ Ken Jennings For Saying He Should Be Arrested Defying Orders By Reopening Tesla Plant 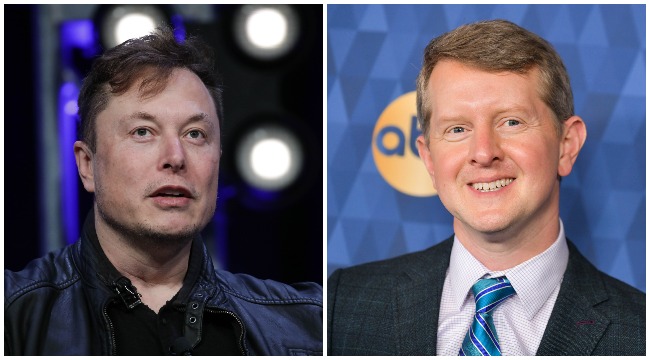 – C.C. Sabathia is shredded.
– Kim Jong Un is dead, but also alive.
– Ellen is Discount Hitler.
– Elon Musk and Ken Jennings is the rivalry we never knew we needed.

Up is down. Left is right. My wife finds me attractive.

On Monday, Elon Musk reopened its only U.S. electric car plant in California, despite orders from California and Alameda County authorities against manufacturing.

Tesla is restarting production today against Alameda County rules. I will be on the line with everyone else. If anyone is arrested, I ask that it only be me.

The announcement came days after Musk filed a lawsuit against the county to reopen the factory, claiming he had been  “singled out,” saying that other US carmakers were allowed to restart production. Musk also vowed to move his plant out of California if he is not allowed to resume production, California workers be damned.

Jeopardy legend Ken Jennings is evidently in the camp that wants to throw Elon in the slammer for defying authorities.

Elon Musk stewed over this comment for several hours before responding at 3:37 am.

All other car companies are allowed to manufacture *except* Tesla, you knucklehead. No wonder you got crushed by a computer the size of a pizza box.

Those who listened to Musk’s recent appearance on Joe Rogan’s podcast already know that the SpaceX founder is skeptical of the current global crisis and his disdain with America being put under “de facto house arrest,” going so far to accuse the World Health Organization of misreporting statistics for the benefit of few.

When your knucklehead employees are worried about some stupid virus. https://t.co/M1oBZOUz4d

I would pay PPV prices to watch Elon and Jennings step in the ring. Loser gets sneezed in the face by Tom Hanks.