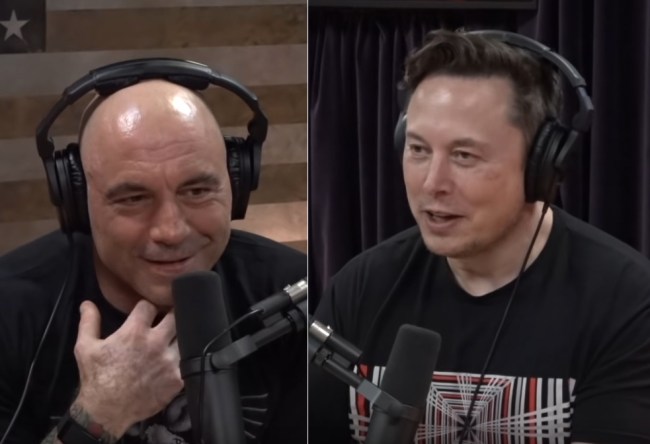 Elon Musk is a new dad. Being a father to a newborn is an exhausting job.

The baby barely sleeps, cries all hours of the day, and it takes hours just to properly pronounce his name.

Alright, that last problem is specific to just Musk and his wife, Grimes, but newborns turn lives upside down.

There’s a good chance Musk is dealing with a severe lack of sleep, which would explain some of his bizarre claims on a recent episode of The Joe Rogan Experience.

During the interview, Musk and Joe Rogan discussed things like brain implant devices to the Tesla boss’s issues with home privacy.

The discussion turned to humans being able to communicate nonverbally one day.

Musk feels strongly that we’ll all be communicating with our minds.

Rogan asked Musk, “One day in the future there’s going to come a time where you can read each other’s minds and you’ll be able to interface with each other in some sort of a nonverbal, non-physical way where you will transfer data back and forth to each other without having to actually use your mouth?”

It’s very difficult to convey a complex concept with precision because you’ve got compression and decompression. You may not even have heard all the words correctly. And so communication is difficult.”

He’s not wrong in that assessment but it will be interesting to see the way humans interact once we’re all allowed to leave the house again.

As far as telepathy powers go, Musk told Rogan and listeners not to worry about it happening overnight.

Musk believes non-verbal communication technology could appear in the next 5 to 10 years.

Musk is usually an optimist about when new technology will emerge but I’d like to remind the new dad that many in this country protested staying home to save lives during a pandemic.

They’re not about to give up their freedoms and let anyone “in their brain.”

Watch Musk’s entire appearance on The Joe Rogan Experience below.