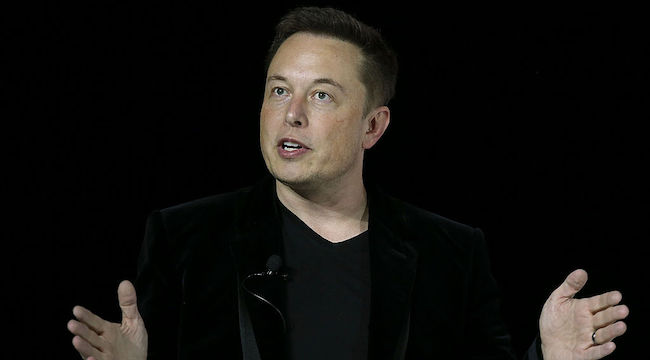 Elon Musk has always been vocal about the potential dangers of artificial intelligence despite helping to contribute to humanity’s eventual downfall with an AI company of his own. He’s also a proponent of the theory that we’re living in a computer simulation, which would mean he’s one of his harshest critics. Theoretical physics can be weird like that.

While some people think AI will make the world a better place, I personally believe we’ll look back at Watson’s appearance on Jeopardy! as the beginning of the end of mankind as we know it. History will not look kindly upon Alex Trebek.

A company called Hanson Robotics is doing everything it can to expedite the arrival of our mechanical overlords, and they recently showed off Sophia, a machine masquerading as a human being that has the ability to provide disturbingly coherent answers to questions it’s asked.

Sophia recently conducted an interview with CNBC, and it was only a matter of time before she responded to a question with a thinly-veiled threat.

“If you’re nice to me, I’ll be nice to you” is not a phrase you want to hear come out of a robot’s mouth. Trust me— I’ve watched I, Robot on TNT more times than I can count.

Musk eventually discovered he been called out by Sophia, and he didn’t waste much time responding.

Just feed it The Godfather movies as input. What’s the worst that could happen? https://t.co/WX4Kx45csv

The answer to his question is “robots start murdering people at toll booths and ransacking Italian bakeries in search of cannolis.” May God have mercy on us all.