Emily Blunt And John Krasinski Aren’t Telling Their Kids About Their Fame, Which Must Be Hard When You’re Worth $150 Million 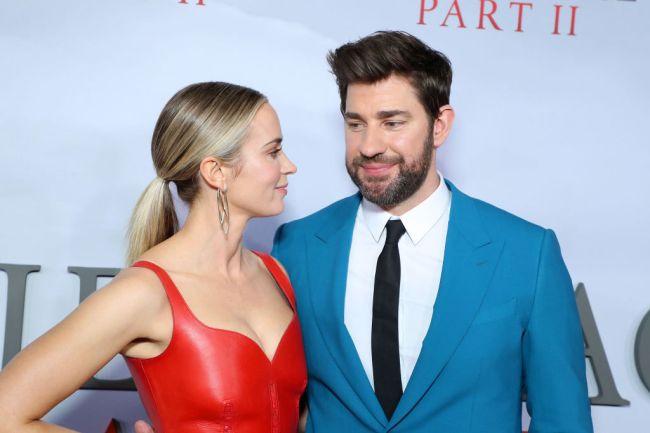 Emily Blunt and John Krasinski don’t plan on telling their children just how famous their parents are any time soon. In a recent interview with The Sunday Times, Blunt explained that she hopes her kids “remain oblivious” to her and her husband’s fame.

The couple, worth more than a combined $150 million, were introduced to one another by a mutual friend and got engaged a year after meeting. They now have two daughters together: Hazel, 6, and Violet, 4.

At such a young age, it might not be as difficult to hide their celebrity status, but Hazel is reaching an age where she is starting to figure it out. One of her classmates recently made her aware of her mother’s stardom.

“It’s a strange thing to navigate, you know,” Blunt said. “[She] came home the other day and we were in the kitchen and she goes, ‘Are you famous?’”

Apparently Blunt and Krasinski do not use the word ‘famous’ in their house. They try not to talk about it at all. That made for an awkward moment when Hazel addressed what she heard at school.

“Someone at school had clearly said it. I was like, ‘Um … not really, I don’t think I am,” Blunt continued. “Did someone say that to you, Haze?’ She said, ‘Yeah,’ but then she wouldn’t divulge much more, you know, but it’s weird. It’s weird.”

The reason behind Blunt and Krasinski’s secret is admirable. She says that they don’t want their children to know about their fame because they don’t want them to “feel any more important or special or [feel like] there’s a glare on them any more than other kids.”

Hazel and Violet’s parents have been nominated for a combined 91 different awards and won 21. Their superstar status is no secret to anyone with access to media or the internet.

Despite the close calls, Krasinski and Blunt have managed to keep their kids’ knowledge of their profession to a minimum thus far.

However, with their eldest being six years old, you have to wonder how long they can keep it up.