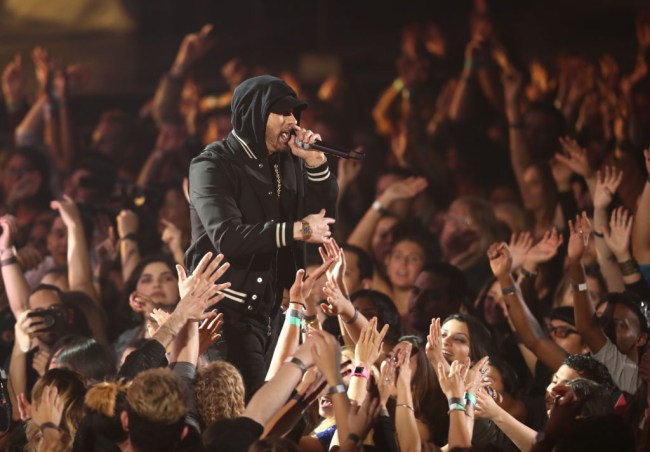 Rap legend Eminem recently got into a beef with your nephew’s favorite rapper, Machine Gun Kelly, and for the life of me I couldn’t figure out why. Wolves don’t lose sleep over the opinions of sheep, they say.

Welp, now I know why.

According to a YouTube company release on Tuesday, Eminem’s diss track ‘Killshot’ had the largest debut of any hip-hop song in the history of YouTube. The official audio of the track garnered a record 38.1 million views on YouTube in the first 24 hours of its release on Friday. AT the time of me writing this, it has over 72 million views on YouTube. Business Insider reports that the sing had the third highest debut of any song in the site’s history.

MGK, who according to Complex, rated KILLSHOT a six out of 10, sarcastically said that it only took “two weeks and three interviews’ for Em to respond to “Rap Devil.”

It’s amazing to think that all this shit popped off over one tweet from 2012.