Were You Impacted By The Equifax Hack? Here’s How To Find Out (And Make Up To $20,000 For Your Troubles) 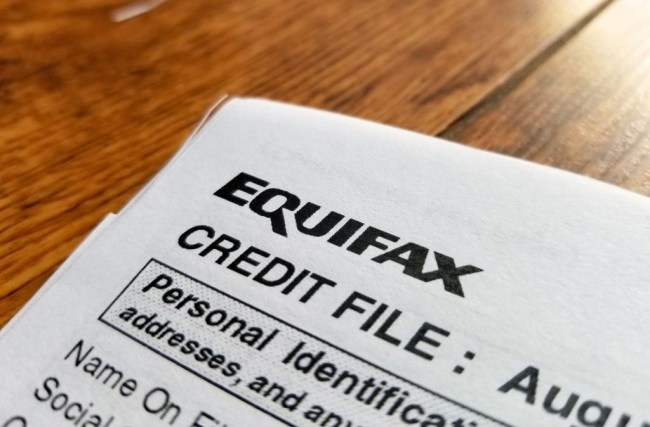 There was once a time when our parents warned us about the perils of sharing any or all information with strangers on the internet, and while they were certainly coming from a good place, we’ve reached a point in society where it’s basically impossible to do so while being a functioning human being.

Sure, you still don’t have to share the most intimate (or mundane) details of your life with the world on social media if you can survive without the dopamine rush that comes with getting a few likes.

However, unless you’re super concerned with the survival of brick-and-mortar institutions, you routinely hand over your credit card information to vendors under the assumption they’ll keep it to themselves.

However, as we’ve seen all too often, cybersecurity still has a long way to go and it seems like it’s hard for more than a few weeks to go by without discovering yet another company has fallen victim to a hack that results in your personal information leaking onto the world wide web (not to mention THE DREADED DARK WEB).

Two years ago, the credit report agency Equifax casually revealed that 147 million people had fallen victim to an attack on its servers that resulted in the revealing of names, birthdates, and Social Security numbers, and on Monday, a judge ruled the bureau will have to establish a fund to compensate people who were impacted by the breach as the result of a class-action lawsuit.

So how does that impact you? Well, if you fell victim to the hack, I might have some good news after all this time.

According to MarketWatch, as part of the agreement, Equifax will be giving anyone affected four years of credit monitoring and will compensate anyone who’s paid for it themselves with up to $125. If you took preventative action, you can also get up to $500 for the time it took you to do so (although you’ll have to have documentation of your efforts to make back more than $250).

However, the fund will also allow people to file claims “for documented losses fairly traceable to the breach,” so if you paid to freeze (or unfreeze) your credit file or hired an attorney to help you there’s a chance you can get that money back assuming you have the receipts.

To see if you’re eligible for compensation, you can visit a website conveniently set up for that very purpose, and if you are, you can likely expect payments to start rolling out around the start of 2020.

I didn’t attempt to reach Equifax for comment but if I did I assume it would’ve sounded something like this.