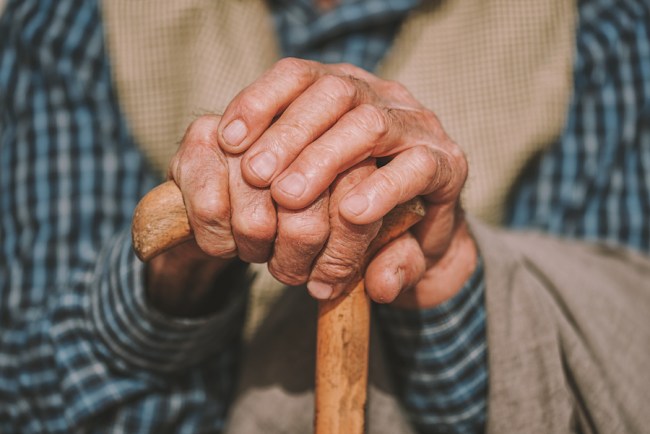 The older generation is just wired differently but being an ex-Marine probably makes this 81-year-old grandfather double tough.

Dan Donovan, who lives in a suburb of Chicago, told The Chicago Tribune that a man claiming to be a utility worker knocked on the door on November 4th.

The man requested to check the fuse box in the basement and was dressed in a reflective vest and a face mask and carrying tools.

Donovan and his wife, Barbara, followed the worker downstairs.

“I kept backing up and he kept saying, ‘Come over by me,’” Barbara told the Tribune. “He said, ‘If you’re home alone, you won’t know what to do,’ and kept telling me to come closer to him. I thought that was kind of weird.”

As he was checking around, the couple heard footsteps on the floorboard upstairs.

The couple raced back upstairs to found two men in their bedroom, ripping them off in the most cliche way possible – filling their pillowcases with items.

When scammers entered Dan and Barbara Donovan's Niles homes to burglarize it, he beat them with his grandfather's Irish shillelagh. https://t.co/bpnPQ0k3VM

“I was trying to find some type of persuasive weapon,” Donovan told the outlet. “So, I picked up the Irish shillelagh and that turned out to be the equalizer because I managed to chase them out of the house.”

The three men took the hint and bolted for the door, bag in hand, with Donovan swinging all the way. Donovan gave one burglar a beating with a few shots to the back of the head with the stick.

The ex-Marine chased the men, barefooted, back to their SUV where he started taking swings at the getaway car.

“I managed to get a good swing at the windshield and the rear window,” he said. “I think I cracked them both.”

The men got away before the cops arrived.

The Donovans say they still aren’t quite sure what, if anything, the burglars took. They dumped out a few drawers but the only thing missing for certain is the pillowcase.