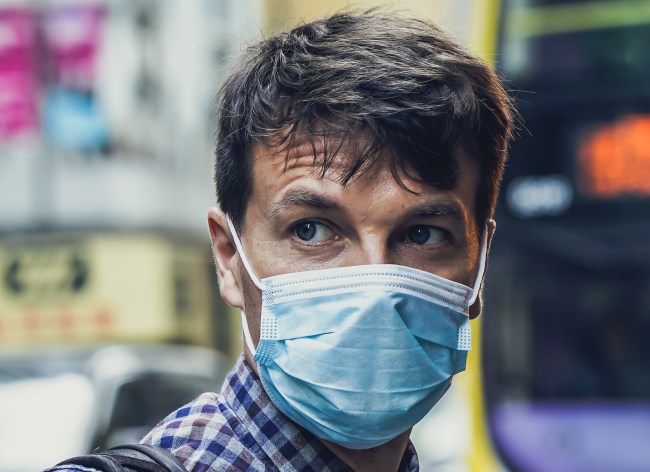 We’re somehow not even halfway through 2020, but unless David Blaine announces the past five-and-a-half months have been the most intricate and impressively orchestrated illusion in the history of mankind, it’s looking like this year is going to be one that we wish we could delete from our collective memory when everything is said and done.

It’s pretty hard to find a silver lining in the situation that has made life impressively miserable, and while the so-called “experts” at the World Health Organization claim alcohol isn’t a healthy way to cope with the current state of the planet, the extensive research I’ve done has shown it can be a pretty damn effective one.

One perk of being strongly discouraged to avoid the outside world is the money you can save by drinking alone on your couch as opposed to going out, but I’ve also discovered there are only so many days in a row you can do that before you start to go a little insane.

As a result, I can understand why people have flocked to bars in places that have allowed them to reopen (although it seems like it may only be a matter of time before they get shut down again thanks to everyone who’s seemingly making a conscious effort to not adhere to any of the guidelines designed to help them from killing someone or dying themselves).

It’ll probably be a while until I find myself among their ranks, and for now, I’m personally content with the modified bar crawls I’ve been going on in recent weeks. I don’t know if I’ll ever be able to go back to a world where drinking establishments don’t sell cocktails to go and the government doesn’t basically admit open container laws are pointless, but it’s also been a bit difficult to take advantage of the normalization of drinking in public thanks to a side effect of the crisis that made it possible.

When I first saw a bar serving drinks through its front window, I jumped at the opportunity to grab a margarita to accompany me on my walk but soon realized I hadn’t thought things all the way through, as it’s a bit difficult to drink something when you have a mask on.

Now, a New Orleans woman named  Ellen Macomber has dreamed up a solution that’s as brilliant as it is potentially ill-advised in the form of custom masks she recently started whipping up that have a small flap in the front that allows you to sip from a straw without having to uncover your face.

Macomber—who sells the masks for $30 a pop —told Fast Company she dreamed up the mask with cocktail drinkers in mind, and while she does stress she’s not a health expert, she says that they’re designed in a way to ensure the hole is never totally exposed (although not everyone is convinced).

I’ll defer to the actual experts so many people seem intent on ignoring right now on whether or not this is a good idea, but at first glance, it seems like a pretty good option if you can’t get your hands on the suit Charlie dug up when he was quarantined.