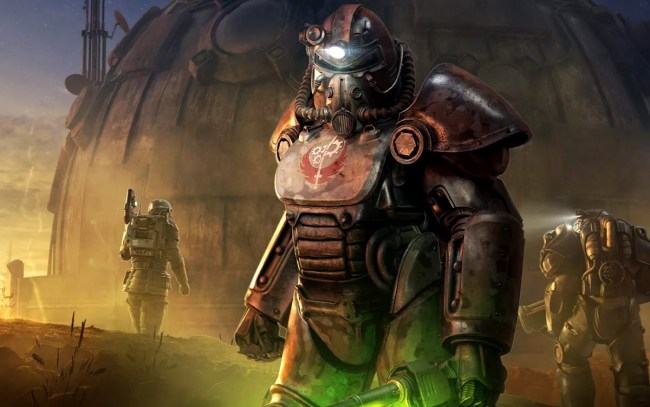 Thanks to the riots that took place at the U.S. Capitol last week, the world is now a very different place.

Prior to that event, America was considered have a pretty civilized society where things like what occured on January 6th only happened in other countries.

As a result, security around our government institutions has been beefed up, legislators are being taken to task for their parts in the insurrection, and the President is facing not only impeachment, but the loss of numerous personal business contracts including those with the PGA and the city of New York.

So it’s understandable that folks are being more careful with who and what they associate with or help support these days.

Take Facebook for example. The social media behemoth has already suspended President Trump from its platform and has been removing “stop the steal” content ahead of Joe Biden’s inauguration.

The Facebook page of a group of players of the video game Fallout 76, an popular open-world game where players work invidually or together as a group to maintain order and build up society following a nuclear war that resulted in ghouls and other mutated creatures roaming the countryside.

The group, which calls itself the Free States Militia, has now found their page suspended by Facebook, not once, but twice.

Free States is one of the factions within the game, and they are actually the least autocratic one at that.

Another Free States trade station has been established NE of Watoga. Our network of merchants strive to not only bring wealth to the Faction, but do so while keeping prices low for the citizens of Appalachia. @OrderOfTheLamp @Bundicot @DCDeacon @Discord76 pic.twitter.com/NMqlC0mYw9

The first time this group was banned from Facebook happened in October of 2020. They eventually resolved the misunderstanding, but following the events of January 6th they are unable to use the social media platform to communicate and organize as a group.

“Facebook is unfortunately the easiest platform to reach thousands of people at once, and we will no longer have that asset,” Bobby, the leader of the group told Polygon.

Because of our current @Facebook ban. We cannot share these videos and give away info to the dozens of pages we are a part of. Please help us get the word out by sharing this @FFive0 video around on Twitter and other social media platforms? https://t.co/Yma3O2bFy9

Facebook has provided the group with no explanation for the suspension and have only received one communication which read, “You can’t comment until Feb 7. You have posted things that don’t follow our Community Standards more than once.”

“The Facebook page is 100% Fallout related,” says Bobby. “I’d say 90% of the page is lore. We write our stories in line with 76’s Free States Militia faction. 5% is group events, and 5% are in-game photos. [We write] about our individual characters and their adventures in the wasteland.”

Hey @FacebookGaming . Thanks for banning me for posting IN GAME SCREEN SHOTS FROM A VIDEO GAME. I get you don't want gun sales. But your bots are not well crafted to tell the difference between fictional lasers and real stuff. Please fix yourself. This is getting old AF. pic.twitter.com/wbxIIIGREw

“Adult games have adult themes. There will be bleed over from reality into fiction as a result,” says Bobby. “Banning words such as ‘gun,’ ‘acid,’ or ‘militia’ only serves to make people feel as though they are helping. But in reality, they are only making things worse.”

The group has tried removing the word “militia” from their group’s name, but so far that hasn’t been enough to get their page back.

Such an odd thing. Last time in less than 48 hrs our bans had been lifted. This time, shadow ban has lasted almost 5 days now. We STILL have no actual idea what @Facebook banned us over. We apologize to everyone as this has happened right in the midst of our annual give away. pic.twitter.com/30KmIaGatW