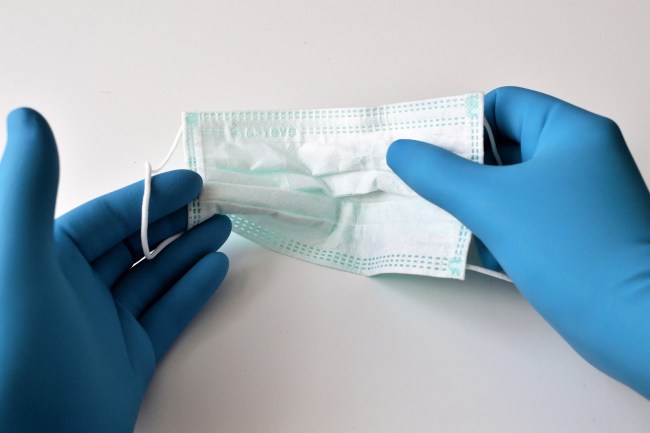 ‘Maskhole’ is an interesting word because depending on who you’re talking to, it either means a person who is wearing a mask and demands everyone else wears a mask or a person who’s blathering on about ‘mah rights!!!’ and refuses to wear a mask against the overwhelming amount of scientific evidence supporting face coverings. Neither side has been able to take full ownership of using ‘maskhole’ yet so at this point it’s being tossed around to pretty much describe everyone being loud about masks.

YouTuber Allen Pan is tired of seeing people in So-Cal out and about without masks while the pandemic rages on unabated in Los Angeles and the surrounding areas. So he set out to create a ‘Mask Gun’ which is able to shoot a mask onto someone’s face because, as he claims, “an American problem demands American solutions!” and there’s nothing more American than guns, is there?

The gun shoots a mask similarly to how you’d see a net shot out of a gun in a movie to capture someone fleeing. It sprays the mask out using weights and he’s affixed a laser onto the gun to aim it. Does it work well? Not really, but it definitely works. He even takes it to the beach so (masked-up) strangers can try it out for themselves.

His plan was to go ‘hunting for any Karen’ that isn’t wearing a mask but is *also* willing to get shot in the face with a mask and I’m pretty sure that Venn Diagram is just two circles that don’t overlap at all.

I’ve only spent a few weeks of my life in the Huntington Beach area so I won’t even begin to try and diagnose why it’s one of the American enclaves refusing to wear masks but from the outside looking in it seems so bizarre.