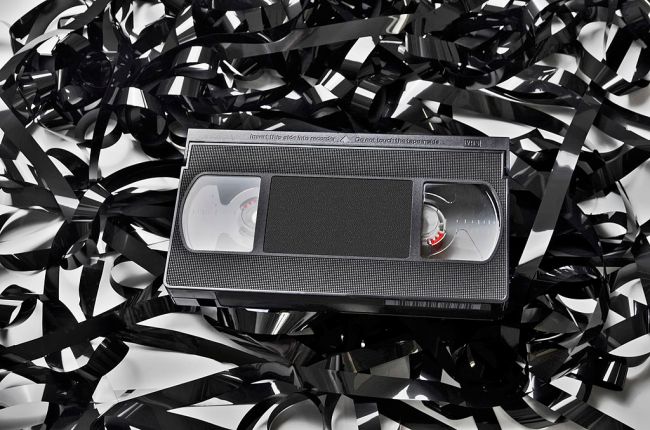 Texas resident Caron McBride made a questionable decision 21 years ago when she – or somebody – decided to spend actual money on renting ‘Sabrina The Teenage Witch.’ That was mistake No. 1, mistake No. 2 was not returning the rental, which has resulted in her being charged with felony embezzlement of rented property.

McBride knew nothing about the felony charge, obviously, and only found out about it after running into a problem at the DMV when trying to change her name on her license. According to Movie Web, McBride said she had no recollection of ever renting the movie and explained she hadn’t ever seen an episode of the show nor the movie in her entire life.

McBride came to the conclusion that it had to have been her boyfriend at the time that rented the movie as he had two young daughters, and he had to have put the rental under her name. Smart guy, I wouldn’t want my name attached to that ‘film’ either.

Deny, deny, deny. That’s what the smartest felons do.

She received a case number and after calling an Oklahoma courthouse – she lived in Oklahoma at the time – the clerk looked it up and told her that she had been charged with the felony. The court quickly realized that the felony was centered around an overdue VHS rental and rightfully dropped the charges.

Having said that, McBride is still torn up about the entire situation.

She claims that the unreturned Sabrina the Teenage Witch VHS tape caused her to miss out on opportunities over the years. “It’s hurt me tremendously, and my family,” she said in an interview with USA TODAY. “It makes me madder and madder the more I think about it. I was struggling to make ends meet when I knew I was quite capable of making really good money.” McBride explained that she’d often work two jobs in order to make ends meet.

All over a stupid VHS copy of ‘Sabrina The Teenage Witch.’ Unbelievable.

#UPDATE: Caron McBride, who was charged with felony embezzlement for never returning a VHS tape 21 years ago will have her case dismissed & the Cleveland County Court Clerk has been ordered to expunge the indictment. @OKCFOX https://t.co/nDKWRUjCUq