The Amount Of Money The ‘Avengers: Endgame’ Stars Have Made This Year Is Legitimately Comical 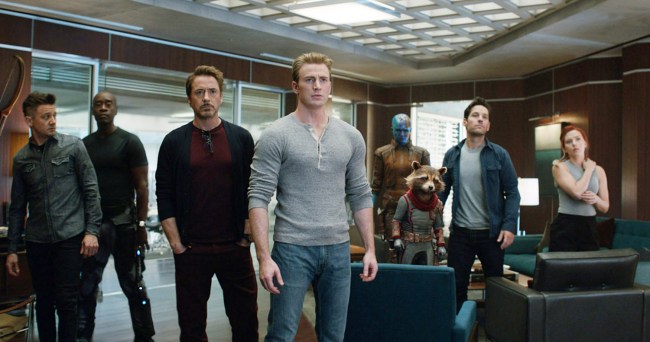 You know what I like to often think about? How James Rhodes / War Machine — Tony Stark’s best friend — was originally played by Terrance Howard in the first Iron Man movie.

As the legend goes, Howard claims that Marvel Studios came to him prior to the production of Iron Man 2 essentially trying to pay him 1/8th of his original contract because they “felt the second one would be as successful” with or without him (pssssttt… they were right).

Howard then says he called Robert Downey Jr. — who famously went on to play Iron Man for close to a decade — to get some assistance in negotiating a deal with Marvel Studios, but Downey didn’t call him back for “three months”.

Long story short, the role was taken over by Don Cheadle in Iron Man 2, who has since gone on to appear as War Machine in the Marvel Cinematic Universe six times, which likely has resulted in quite a few handsome paydays.

So, when I see this report from Forbes that says the stars of Endgame collectively earned approximately $340 million this year, the first person I think of is… Terrence Howard.

Poor guy let his pride get the best of him and now he’s starring in movies like Gully and Cut Throat City (never heard of them? me either) instead of Infinity War and Endgame.

Anyway, that’s my “Terrence Howard is an idiot” rant for the day, now to the legitimately comical amount of the money the stars of Endgame have made this year, via Forbes:

It just goes to show you that a bird in the hand isn’t always necessarily worth two in the bush, because if Howard had just sucked up the initial loss, there’s no telling how much more he would have made over the next 10 years.