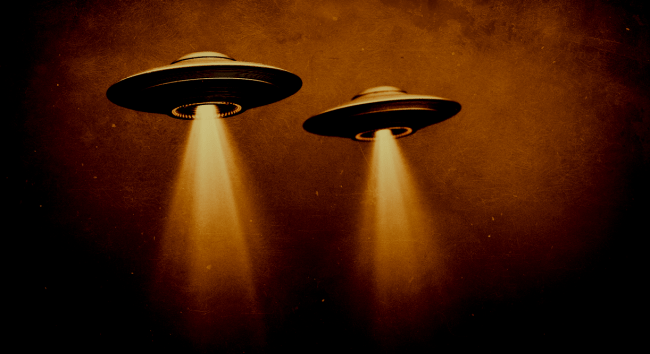 A fleet of orb-shaped UFOs flying over Sacramento, Calif. that were recently captured on video has viewers puzzled as to what they really saw.

According to prolific UFO expert Scott Waring, “This eyewitness was driving along the freeway when then noticed three UFOs which broke into four and flew along side the freeway for about 20 minutes. The driver wanted to stop, but said there was no place safe to pull alongside. California and aliens…we all knew they lived there.”

“First headed towards the freeway, then hovered for a bit than traveling east. Full sighting lasted about 3 or 4 mins. Video taped about half way through. Couldn’t pull over on semi busy highway 80. Sound was not applicable due to driving and wind.

“Around 10:10pm, first it was two lights…perfectly spaced between each other…kinda tilted one below the other…then they seem to swivel and a third light “popped” on…I drove for another 5 seconds and that was when I realized I should record this, so the video isn’t perfect. Then a 3rd light just popped on, then a 4th light popped up. I wish I could have pulled over. I took the next exit, but lost sight of the lights. It’s just crazy that they popped on. I was on highway 80, on the ’causeway’…these were over the rice fields, I was driving east into west Sacramento… it was crazy.”

Viewers offered their opinions as to what they believed the lights to be.

“It’s not a fleet, it’s one big triangular ship,” one person wrote.

“They can’t be flares because they didn’t descend. However, can drones produce light that bright?” another asked.

“Would have to be bus size drones,” responded Waring.

A UFO expert at The Hidden Underbelly 2.0 also shared the Sacramento UFO video with some commentary

“When we’re looking at this footage we can see that there’s no nav lights,” he says. “Now these lights, they’re bright, but they shouldn’t be masking out the nav lights so I’m gonna rule out helicopters.

“Now flares? They do seem to be moving and a guy stated in the video they separated and moved apart so I don’t think these are flares.”

In the comments, one viewer wrote, “I saw those when I was riding my e-bike 14 miles away! They were bigger and brighter than they look and really obvious.”

“Whatever these craft are they are not what we the public normally see in the sky . Very interesting thank you for showing this footage,” wrote another.

That much is for certain.