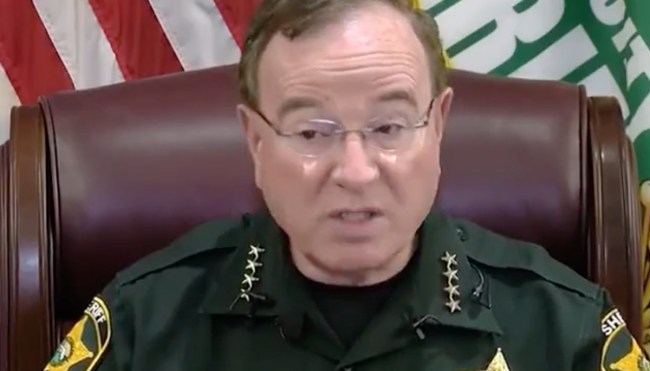 Last month, the FBI revealed the murder rate in the United States experienced the largest year-to-year increase in recorded history in 2020, as the nation saw a 30% spike in homicides compared to 2019 that crime experts have credited to factors including pandemic-related stress and a rise in the number of people carrying firearms.

While things have escalated at a much slower pace over the course of 2021, many areas are still experiencing a concerning uptick in murder cases. That includes Florida’s Polk County, where law enforcement officials have been tasked with investigating 27 different cases—23 of which have occurred since the start of June.

As things currently stand, police don’t have access to a pool of floating psychics capable of predicting when a murder will occur. As a result, they’re forced to resort to a variety of other strategies to cut down on the frequency of slayings until we live in a world where they’re able to harness the crime-prevention techniques deployed in Minority Report.

On Tuesday, Polk County Sheriff Grady Judd addressed the trend and issued a suggestion to anyone who may be thinking about killing someone else that leaves just a bit to be desired, as he essentially implied soda and junk food could be the solution to the area’s problems.

"Just chill out. Drink a 7 Up. Eat a MoonPie. Quit murdering people."@PolkCoSheriff Grady Judd says Polk County's murder rate is up, with 34 people killed so far this year. @wfla pic.twitter.com/SX66qfYD0N

I’ll be the first person to admit I was wrong for questioning Judd’s tactics if it turns out a diet of 7Up and Moon Pies was actually the key to stopping murders all along, but something tells me this strategy isn’t going to put a huge dent in the numbers.