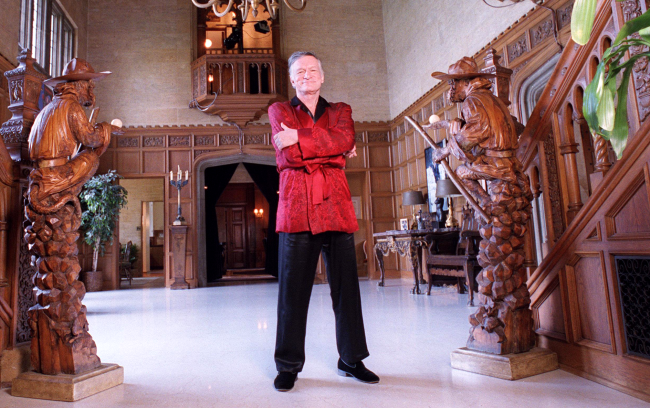 Jennifer Saginor is the daughter of the man who around the Playboy Mansion in its glory days was nicknamed Dr. Feelgood. Her father, Dr. Mark Saginor, was Hugh Hefner’s friend and doctor for over 40 years and was known to be very liberal with his prescription pad back in the day.

Now 51, Jennifer Saginor is speaking out about her time living in the Playboy Mansion in the documentary Secrets of Playboy.

On the latest episode, Saginor described what she referred to as “shadow mansions” owned by men in Hugh Hefner’s inner circle, including her father.

“By shadow mansion, I mean that these men in Hef’s inner circle would try to emulate what he created in his own empire at the Playboy Mansion,” said Saginor.

“And they would have smaller versions of the Playboy mansions, which I would refer to as mini-mansions. They would house these young girls who would come to Los Angeles looking for opportunities to become actresses or models.”

Saginor says she moved into Hefner’s authentic Playboy Mansion at the age of 6, before eventually moving into her father’s “shadow house.”

“My father and the inner circle from Playboy created clones of the Playboy Mansion on a smaller scale to sort of lure these young girls in. It was very predatory. These young girls have no idea what’s gonna hit them next,” she revealed.

She said that these men in Hefner’s inner circle would throw parties and invite women who just missed the cutoff to make it into the magazine.

It was there, according to Playboy Mansion regular Jackie Hatten, predatory behavior and sexual abuse took place.

“The experience I had at the mini-mansion parties is immediately walking in, having all the men glom on to you offering you, you know, lines of coke or a bowl of, you know, ecstasy. If you refuse those, they’re trying to shove champagne in your face,” said Hatten.

Saginor also claimed that some “girls were clearly drugged and not coherent” and videotaped as blackmail to keep their secrets hidden.