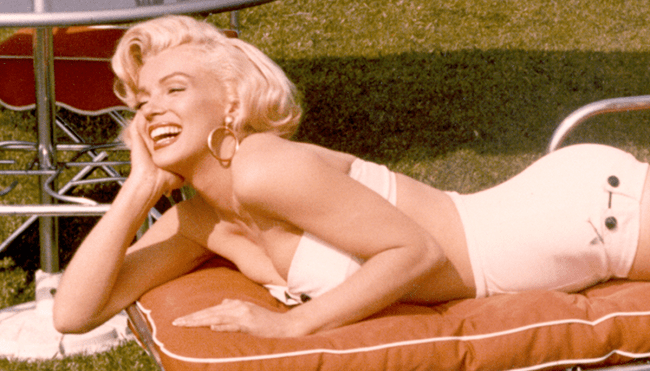 In 1998, investigators trying to get to the bottom of the fairly overblown Whitewater scandal stumbled upon a very real one when they got their hands on the evidence that eventually led to Bill Clinton admitting to having sexual relations with Monica Lewinsky while she was an intern at the White House.

It was a revelation that understandably rocked the nation, and when you consider the fallout that ensued, it’s hard to imagine how Americans would’ve reacted to the plethora of extramarital activities John F. Kennedy was rumored to have engaged in during his time in the Oval Office.

It’s hard to believe JFK would have been the beloved president he was if officials hadn’t gone to some pretty great lengths to cover up the fact the White House essentially had a secret revolving door for the many women who allegedly had flings with the world leader who once said, “If I don’t have sex every day, I get a headache.”

That included his supposed tryst with Marilyn Monroe, who famously dedicated the most sultry rendition of “Happy Birthday” the world has ever seen to “Mr. President” at Madison Square Garden in 1962.

That performance took place just a few months before the actress was found dead in her home following a fatal overdose. Her passing was ruled a suicide, but there were plenty of people who called the official story into question—including Frank Sinatra.

People recently published an excerpt from a new book written by the singer’s former manager Tony Oppedisano in which he claims Sinatra maintained Monroe was actually murdered to prevent her from speaking out about her affairs with Kennedy (as well as his brother Robert). He writes the starlet told the legendary crooner she had relationships with both men and that he was convinced people connected to the political dynasty orchestrated her killing to prevent her from going public at a planned press conference where they thought she was going to spill the beans.

Sinatra—who was also rumored to attend sex parties where JFK was present—never obtained concrete proof to back his claims. However, Oppedisano writes he spoke with multiple sources who told him “she’d been murdered with a Nembutal suppository and Robert Kennedy or the Mob was involved.”

A couple of years ago, a mobster-turned-actor came forward with a similar claim, and while there’s no real way to back it up, something tells me that won’t stop conspiracy theorists from having an absolute field day with this news.