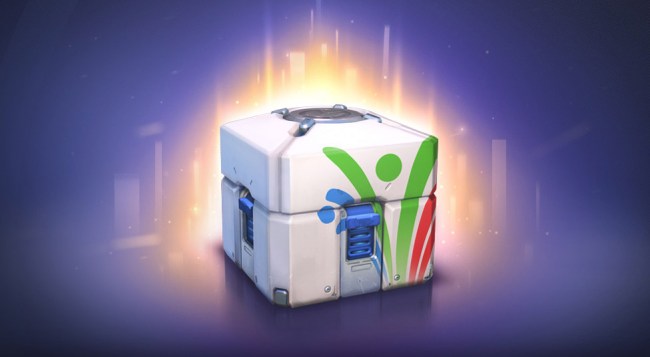 Anyone who ha played his fair share of video games is very familiar with in-game loot boxes. Many (all?) gamers have cursed these money-sucking virtual items, but if one wants the “full” experience of playing a video game they are sometimes too enticing to ignore.

On Tuesday, the Federal Trade Commission (FTC) announced that they would be opening an investigation into in-game loot boxes and whether they are both legal and/or ethical.

“Loot boxes are now endemic in the video game industry and are present in everything from casual smart phone games to the newest, high budget releases,” said [Senator Maggie] Hassan, adding that loot boxes will “represent a $50 billion industry by the year 2022,” likely referring to a report earlier this year from Juniper Research.

Games publishers often include loot boxes in their games, which offer in-game boosts and prizes, sometimes at a cost. The practice has flourished in recent years, particularly following enormous success in games like the FIFA series, but it has also been met with consumer resistance in the past year. In 2017, Electronic Arts retooled Star Wars Battlefront 2 following accusations that the game was designed around extracting cash from players through loot crates.

Hassan warned that children are particularly susceptible to loot boxes, and that they represent a “close link” to gambling. She pointed to moves in other countries, including Japan, the Netherlands and Belgium, to bring in legislation to control the use of video game loot boxes. Last year, Reps. Chris Lee and Sean Quinlan held a news conference in Hawaii that assailed loot crates for preying on children.

“It’s time for the FTC to investigate these mechanisms to ensure that children are being adequately protected, and to educate parents about potential addiction and other negative impacts of these games,” added Hassan.

The video game industry is the new tobacco industry. How many times can prominent industry members say there is no link between gambling addiction and loot boxes? And just like tobacco ads from decades ago, a majority are targeted at kids. Hook em’ young! pic.twitter.com/0XQm0UNya9

When asked to provide comment, the Entertainment Software Association (ESA), wrote back, “Loot boxes are one way that players can enhance the experience that video games offer. Contrary to assertions, loot boxes are not gambling. They have no real-world value, players always receive something that enhances their experience, and they are entirely optional to purchase. They can enhance the experience for those who choose to use them, but have no impact on those who do not.”

As for whether the FTC would actually outright ban loot boxes, Bill Rothbard, a former FTC lawyer, told Polygon, “There was a time in the late ’70s and early ’80s when the FTC initiated numerous procedures against entire industries. Children’s advertising, tobacco, the funeral industry and real estate, for example. But I can’t think of one that covers an entire industry in the last several years.”

In other words, a ban is unlikely, but the pressure being put on video game makers (Australia is also investigating loot boxes) might just change the way they try to make their money.