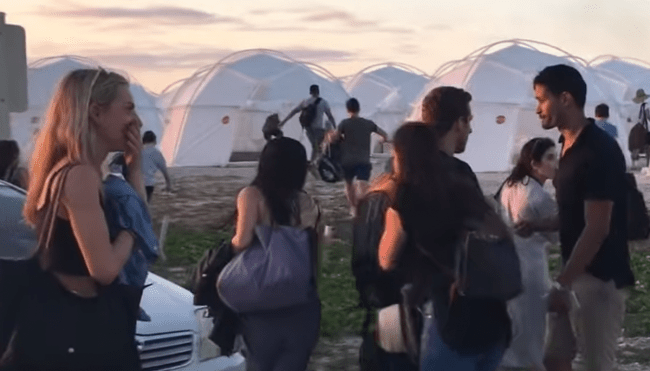 In April, it appeared the victims of one of the most elaborately disastrous scams of the 21st century would finally get some retribution after a court ruled some of the people who simultaneously got more and less than they ever could’ve bargained for after buying tickets to Fyre Festival were each entitled to $7,220 in damages to compensate them for the living hell they endured.

When Billy McFarland was hit with a six-year prison sentence for orchestrating the unmitigated disaster, he was also ordered to figure out a way to reimburse the more than $26 million he swindled from investors and attendees before everything came crashing down. He’ll likely have to forfeit any money he makes from the book he plans on writing, but in the meantime, officials have resorted to auctioning off unsold merch in an attempt to put a dent in that number.

Unfortunately, according to The New York Post, those efforts have left a bit to be desired. The outlet got its hands on documents that were recently filed in bankruptcy court in which Gregory Messer, the trustee tasked with recouping the money, revealed he’s only been able to collect a total of $1.4 million.

The judge overseeing the case still has to officially sign off on the proposed settlement, but as things currently stand, $1.1 million of that sum will be used to pay for Messer’s services and legal fee. As for the 277 Fyre Festival ticketholders named as plaintiffs? They’ll have to split the $78,000 that’s been set aside for them—which comes out to around $280 a person.

The most expensive Fyre Festival tickets were the VIP packages that sold for $49,000 a pop, but this settlement doesn’t even cover the price of admission for the least expensive pass, which sold for $500.

You might not be able to put a price on memories, but it would appear the same cannot be said about nightmares.