Fyre Festival Attendees Are Getting Fat Settlement Checks But Can You Really Put A Price On Memories? 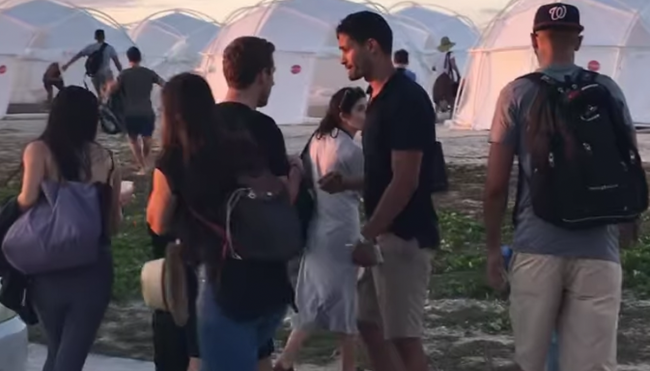 It’s hard to believe we’re less than two weeks away from celebrating the fourth anniversary of one of the most entertaining 24 hours the internet has ever seen courtesy of the schadenfreude-inducing disaster that was Fyre Festival.

The world was lucky enough to watch the unmitigated dumpster fyre that rapidly grew in intensity in real time thanks to the aspiring influencers who’d been lured to the Bahamas by actual influencers on social media who were nowhere to be found. Sure, more than a few of them did manage to rack up an impressive number of likes courtesy of the calls for help they posted while documenting the debacle, but I assume most of them would’ve preferred taking a more luxurious route to get that Clout.

They say you can’t put a price on memories, but according to Rolling Stone, it would appear you can put a price on nightmares based on a settlement that was recently reached as the result of a class-action lawsuit filed shortly in its wake on the behalf of 277 Fyre Festivalgoers.

After years of litigation, it appears this particular part of the saga is on the verge of coming to an end after the attorneys representing the people who accounted for just a fraction of the more than $26 million Billy McFarland managed to scam reached a settlement.

While the final number may change when everything is said and done, the group that’s been attempting to scrape together as many remaining Fyre Festival assets as possible (including the unsold merchandise that’s been auctioned off at some pretty hefty sums) has agreed to write each person represented in the lawsuit a check for $7,220 (a total of almost $2 million.)

Even if you take the ticket prices, flights, and emotional distress into account, it’s pretty safe to assume these people are going to come out ahead—especially when you consider being able to pull out “I went to Fyre Festival” as a conversation starter for the rest of your life is basically invaluable.

It’s still a pretty paltry sum compared to the NFT of a Fyre Festival painting that Ja Rule offloaded for $122,000 last month as well as the token for the Infamous Sandwich Tweet that’s currently on the block, but by this point, I think they’ll take what they can get.