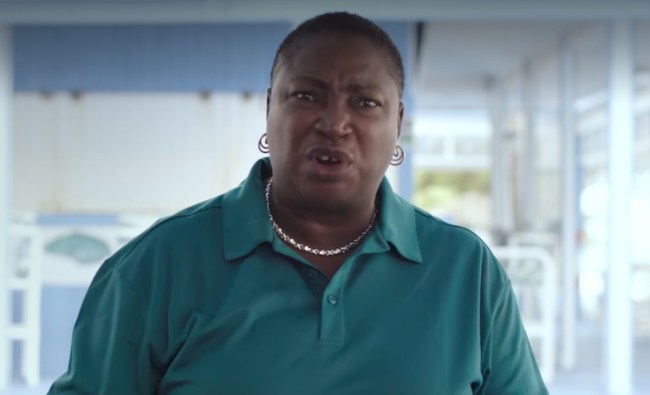 In 2017, hundreds of people who base all of their life decisions on whether or not they fit their “personal brand” flocked to the Bahamas to rub shoulders with their fellow influencers and found themselves in the millennial hell that was Fyre Festival.

As compensation for any ill will caused by #fyrefestival
Official Staff has announced all attendees will get an extra hour in the ballpit. pic.twitter.com/Us58auYPSB

I’ve been obsessed with the debacle since the moment that picture of the sandwich popped up on my Twitter feed so I was naturally thrilled when both Netflix and Hulu each dropped a documentary chronicling the saga last week.

While both of them have their merits, I personally prefer the one on the former platform thanks largely in part to Andy King’s surreal story about just how far he was willing to go in order to get a tanker of water through customs.

Andy King, you are the star of this show and I salute your commitment and brutal honesty.🤩😳#FyreFestivalNetflix pic.twitter.com/GNdGMvhyWv

A lot of people—including myself— jumped on the opportunity to relish the suffering of the people who were gullible enough to buy a ticket to Fyre Festival. However, they weren’t the only ones to fall victim to Billy McFarland’s sociopathic tendencies.

The film featured a number of Bahamian workers who also got screwed over— including Maryann Rolle, the caterer who spent $50,000 of her life savings to compensate the employees who were never paid for their contributions.

After the documentary hit the platform, she started a GoFundMe to help her get out of the hole, and as of this writing, she’s received over $175,000 in donations.

However, things took an interesting twist on Tuesday after TMZ released an interview where Rolle says she won’t be happy until Ja Rule pays his dues— to the tune of $100,000.

She says she thinks Ja Rule— who was not a fan of the documentaries— feels guilty for his actions but won’t truly believe he’s sorry unless he donates $100k to the fundraiser, which seems like a very bold request.

Based on Ja’s response, she probably shouldn’t hold her breath.