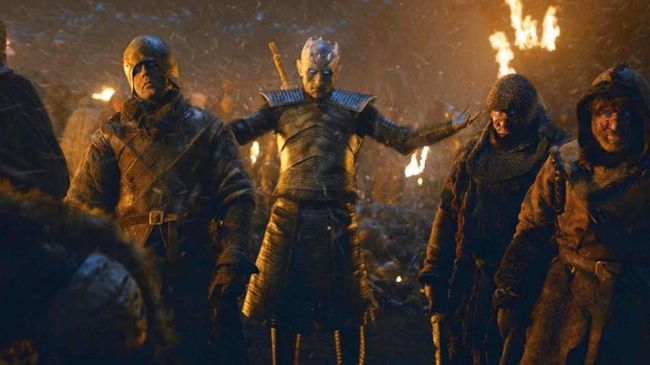 They simply have to be fucking with us at this point, right? Like, there’s just no way that an essentially revolutionary television series could have lost its way this egregiously, right?

As it turns out, it is very possible that the ending of Game of Thrones was actually more shambolic and haphazard than we ever previously imagined, as Miguel Sapochnik — the director of iconic episodes such as “Hardhome” and “The Battle of the Bastards” — recently revealed that he cut a “very long” Night King fight scene from “The Long Night” episode.

Uhhhh… what?!? You mean to tell me that fans waited years — literal years — to see the Night King in action, and when finally given the chance, the series’ ace-in-the-hole director decides “ehhhhh, fuck that” ?! That’s what you’re telling me?! Insanity, pure, unadulterated insanity.

'At the end of an 80-minute battle, do I really care if the Night King's got some fancy moves with his spear?' pic.twitter.com/SLopcVNGe1

Hell of a time for this quote from Sapochnik to start circulating, too, as it was just announced yesterday that David Benioff and D.B. Weiss — the vilified showrunners of Game of Throne — would be adapting The Three-Body Problem for Netflix.

As I wrote in my article about The Three-Body Problem, despite how scored I may feel by the legitimately disastrous conclusion to Game of Thrones, I will be giving “The Double D’s” another chance and will tune into their new series whenever it does premiere. If the key to Benioff and Weiss’ success is having a source material to follow, then there’s no reason to believe they won’t be able to recreate the magic that made Game of Thrones first six seasons so truly special.