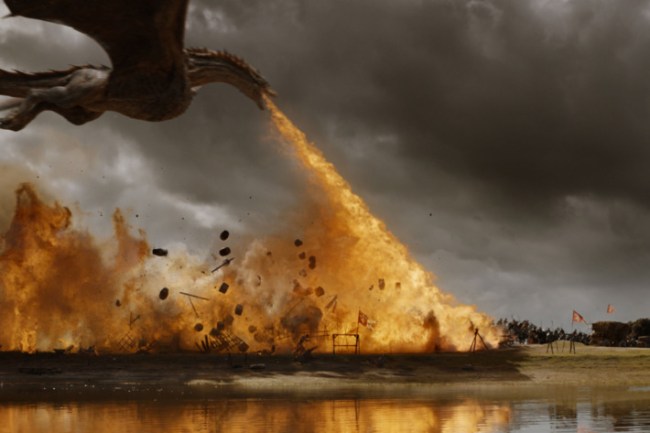 Anyone who watches Game of Thrones knows it isn’t just a television show— each episode is an event. The program has managed to dominate the pop culture conversation unlike any other, pissing off the people who refuse to watch it for one reason or another in the process (as if their Mondays weren’t miserable enough already).

It’s no secret that the most recent season of the show was plagued by leaks and spoilers thanks to a group of hackers who managed to infiltrate HBO’s server and released multiple episodes and crucial plot details over the course of the show’s most recent run. However, that didn’t stop this season of Game of Thrones from being its most successful yet— a record 16.5 million people tuned in to watch the finale the night it aired, making the VMAs feel bad about themselves in the process.

However, it’s also no secret that Game of Thrones is one of the most pirated shows on television, and according to a piracy analysis company called Muso, this season’s episodes were illegally streamed and downloaded 1,029,787,668 times.

Interestingly, episode six was watched illegally more times (184 million) than the finale, episode seven (143 million) — likely because it leaked out nearly a week before its air date. The lion’s share of the illegal activity came via streaming, which made up just under 85% of the total. Torrents, meanwhile, accounted for 9%, and direct downloads were less than 6%.

I’m not sure if these numbers include the number of people who used their friend’s cousin’s girlfriend’s account to tune into the show, but I can’t even imagine how high the total would be if that was taken into consideration.