The ‘Game of Thrones’ Prequel, Rumored To Be Titled ‘The Long Night’, Has Officially Begun Filming 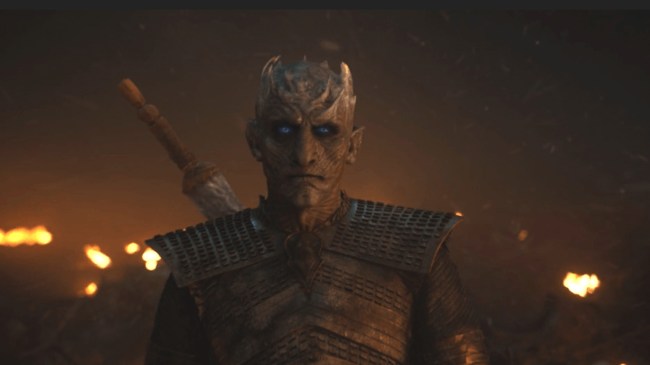 Despite the somewhat sour taste left in the mouths of Game of Thrones fans following the conclusion of the series ultimate season, HBO remains full-steam-ahead with their various prequels and spin-offs, as the first GoT sequel, rumored to be titled The Long Night (although still unconfirmed) has officially begun filming.

Helmed by showrunner Jane Goldman (known for her work on Kingsman and X:-Men: First Class), director S.J. Clarkson, and the GoT godfather himself George R.R. Martin, The Long Night has begun production in a location that will be quite familiar to Game of Thrones fans: Northern Ireland.

Reportedly set “5,000 years” before the events of Game of Thrones, The Long Night will feature Naomi Watts (The Ring, King Kong) in the lead role.

According to a report from Entertainment Weekly, Martin has said the Westeros fans will see in The Long Night as “a very different place.”

“Westeros is a very different place,” Martin told Entertainment Weekly. “There’s no King’s Landing. There’s no Iron Throne. There are no Targaryens — Valyria has hardly begun to rise yet with its dragons and the great empire that it built. We’re dealing with a different and older world and, hopefully, that will be part of the fun of the series.”

As for when fans can expect to see The Long Night premiere on HBO, the earliest that the Game of Thrones prequel will air is Winter 2020, although Spring 2021 is a far more likely date given HBO’s history of airing Game of Thrones in the spring/summer.

Now, as for what The Long Night will cover is anyone’s guess, as HBO is keeping the series’ plot details quite close to the chest.

That said, given the rumored title and the lack of Night King backstory in Game of Thrones, the rise of the Night King and the army of the dead being included in the prequel seems like an obvious decision.

And no matter how intently the try-hard, butthurt fans will try to convince you that they don’t intend to watch the prequel because they were so upset with how Game of Thrones ended, don’t listen to them, because we all know their ass will be parked in front of the TV at 9 p.m. on Sunday night whenever the hell The Long Night finally airs.