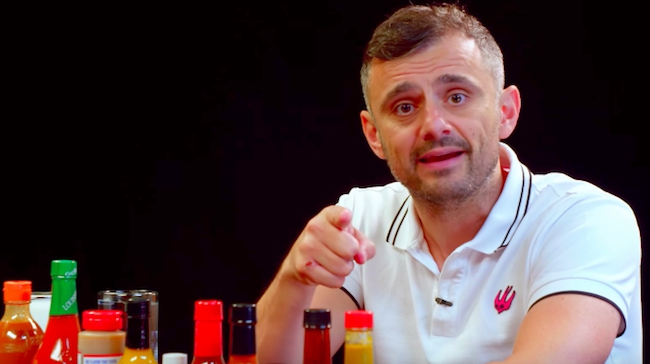 If you’re friends with someone who posts way too many motivational quotes on Instagram (or are one of those people yourself), then you’ve probably heard of Gary Vaynerchuk. He’s an entrepreneur, author, and profane modern day philosopher who has taken the internet by storm thanks largely in part to his no bullshit approach to life.

Vaynerchuk prides himself on mental fortitude, and he put his to the test when he agreed to appear on “Hot Ones,” a show that managed to make Terry Crews look like a weakling and caused Kevin Durant to sweat like he just stepped off the court.

About halfway through the interview, Vaynerchuk states that he was mentally prepared for the challenge because he had told himself he wasn’t going to let the hot sauces affect him (because that’s how that works, right?). However, his plan goes off the rails a bit as the Scoville units increase. With that said, he certainly handled the challenge better than many of the people who have come before him.