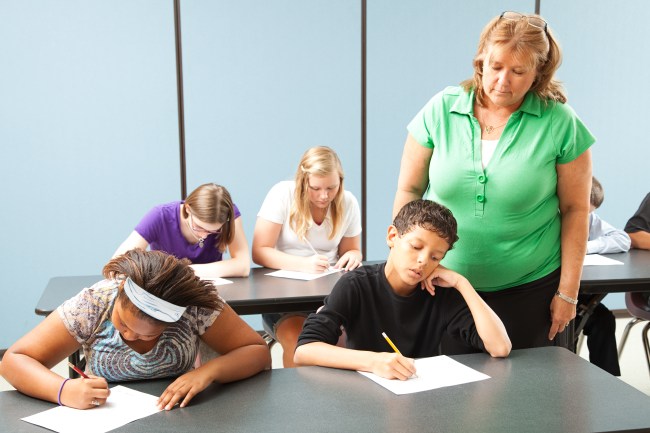 It’s that time of year again! The A.P. scores are FINALLY here. Hooray!! Log in to those student portals! Tear open those envelopes!! Scream with delight at your threes, fours, and fives!!!

Except… oh no. The website was down last night. Look at these poor kids:

I KNOW DAMN WELL I DID NOT JUST FUCK UP MY SLEEPING SCHEDULE TO FIND OUT COLLEGE BOARD SERVERS ARE DOWN #APScores pic.twitter.com/0pDko3b506

u mean i stayed up till 5 for college board to not have its shit together 😭 i want my #APScores pic.twitter.com/yJ4s4RVXgA

college board taking millions of student dollars but not having a functioning website #APScores pic.twitter.com/NlFy0322EA

Ugh. I feel your pain, children. I get the same blinding rage whenever the SNKRs app takes a dump on my face. And I’ll bet that all those people who tried to enroll for healthcare when Obamacare was rolled out, only to watch the website crash, had similar frustrations. Same pain for all of us. Same exact pain.

Fortunately, SOME lucky few were able to retrieve their scores. And boy, did they let us know:

Alright Hudson, just a quick tip for when you arrive at Harvard/MIT/Stanford—when you post your grades/scores on social media, you lose the ability to make friends. It’s a simple equation: for every posted score or grade, you render yourself ineligible for friendship with 100 souls. That’s a big group, pal. Five fives? Say goodbye to 500 potential friends. Hope you’re going to a big school.

At this point, you almost have to respect it. This is Jordan-level trash talking. “Calc isn’t rly hard for me I got 113% in the class.” Might be the hardest neg I’ve ever seen. Poor Alex Baum. Although saying “I was expecting a 1…” is kinda nerd humble brag, letting us know she didn’t get a 1. Either way, Hudson didn’t bend an inch.

Thank God twitter wasn’t around when I was in high school. If some kid had tweeted out a slew of 5s like Hudson here, I would have done something dramatic. Like start a myspace thread that he had herpes. That’s probably the appropriate punishment. Nothing worse than when some brainiac shows how much better he/she did than everyone else.