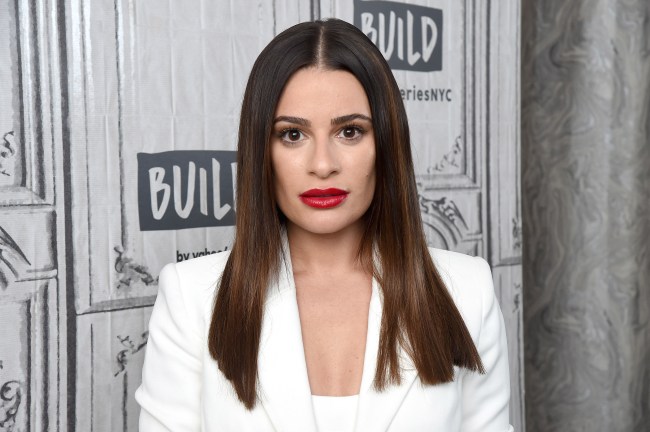 Samantha Marie Ware says working on #Glee was a "living hell" due to Lea Michele: "You told everyone that if you had the opportunity you would ‘s— in my wig’ amongst other traumatic microaggressions that made me question a career in Hollywood" https://t.co/6FRynNOF0b pic.twitter.com/6FIX5YGAOM

George Floyd did not deserve this. This was not an isolated incident and it must end. #BlackLivesMatter

As BroBible’s resident celebrity defender, you might expect me to come to the aid of Lea Michele, aka Rachel Berry. I’ve taken up arms for Ellen Degeneres and John Krasinski of late, why not Lea? Well, because it turns out that Lea Michele is actually a disingenuous nightmare. Here’s a response from her fellow castmate, Samantha Ware:

LMAO REMEMBER WHEN YOU MADE MY FIRST TELEVISON GIG A LIVING HELL?!?! CAUSE ILL NEVER FORGET. I BELIEVE YOU TOLD EVERYONE THAT IF TOU HAD THE OPPORTUNITY YOU WOULD “SHIT IN MY WIG!” AMONGST OTHER TRAUMATIC MICROAGRESSIONS THAT MADE ME QUESTION A CAREER IN HOLLYWOOD… https://t.co/RkcaMBmtDA

Really, Lea? Shit in her wig? That’s not going to fly. Tough time for that little choice snippet to rear its ugly head. This is what happens when you treat people like shit: they sit on that information until the most opportune moment, and then brandish the receipts from sea to shining sea. The thing I’ll never understand is how did Lea think that would never come back to bite her? When you’re a celebrity and you say that sort of stuff, you have to live your entire life looking over your shoulder. You gotta change your name, acquire multiple passports, and live your life on the run. Because you never know when the tax man will come a-callin’, with his 4,000-pound bag of dirty laundry.

If there was any doubt as to the outcome of this reputation-razing revelation, Samantha’s reinforcements arrived with air support:

GIRL YOU WOULDNT LET ME SIT AT THE TABLE WITH THE OTHER CAST MEMBERS CAUSE “I DIDNT BELONG THERE” FUCK YOU LEA https://t.co/s4NoLdtqRs

I felt every one of those capital letters. ✊🏾

That’s a wrap, folks. Who knows, maybe I’ll stumble upon Lea singing at some low-grade burlesque bar someday. Maybe I’ll press frozen peas against her knuckles after she punches an aggressive fan of mine. Maybe I’ll send a plane to fetch her, then bring her on stage at my sold-out concert, then miraculously perform our new hit song flawlessly together without a stitch of rehearsal. From there, I suspect she’ll give in to an overbearing, capitalistic manager, corroding her artistic integrity while I turn to booze and pills and slide down a slope of self-destruction.

I doubt it though. I don’t see her coming back from this.