Upcoming Documentary Takes A Deep Dive Into The Question: ‘Are We Living In A Simulation?’ 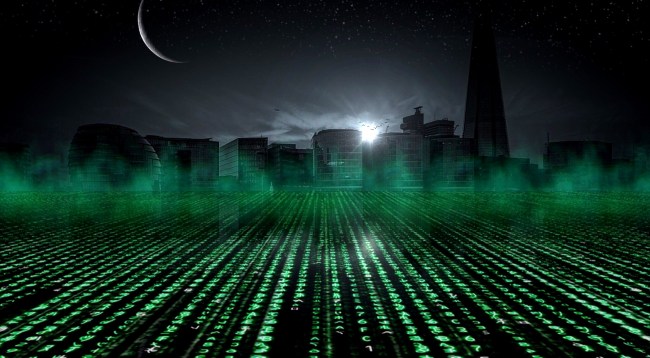 If the year 2020 has shown us nothing else, it’s the fact that we really shouldn’t be so quick to dismiss the idea that we are all actually just living in a simulation.

Back in October, a noted scientist claimed there is a 1 in 3 chance that we’re all living in a simulation.

Meanwhile, a renowned astronomer from Columbia University took it a step further, stating that the chances of us living in a simulation are in reality (pun intended) 1 in 2. He also said that number, 50 percent, could actually go up at some point.

It is with those ideas in mind that director Rodney Ascher has put together an upcoming documentary titled A Glitch in the Matrix.

What if we are living in a simulation, and the world as we know it is not real? To tackle this mind-bending idea, acclaimed filmmaker Rodney Asher (Room 237, The Nightmare) uses a noted speech from Philip K. Dick to dive down the rabbit hole of science, philosophy, and conspiracy theory. Leaving no stone unturned in exploring the unprovable, the film uses contemporary cultural touchstones like The Matrix, interviews with real people shrouded in digital avatars, and a wide array of voices, expert and amateur alike. If simulation theory is not science fiction but fact, and life is a video game being played by some unknowable entity, then who are we, really? A Glitch in the Matrix attempts to find out.

In 2003, University of Oxford professor Nick Bostrom came up with what is known as the Simulation Hypothesis, which essentially states that, based on what we already know is possible, advanced computers may have already been created that allow a race to perform simulations involving conscious beings – those conscious beings being us.

Bostrom wrote, “Because their computers would be so powerful, they could run a great many such simulations. Suppose that these simulated people are conscious (as they would be if the simulations were sufficiently fine-grained and if a certain quite widely accepted position in the philosophy of mind is correct).

In the immortal words of The Matrix star himself, Keanu Reeves, “Whoa.”

A Glitch in the Matrix will premiere at the 2021 Sundance Film Festival and is scheduled for worldwide release on February 5, 2021.