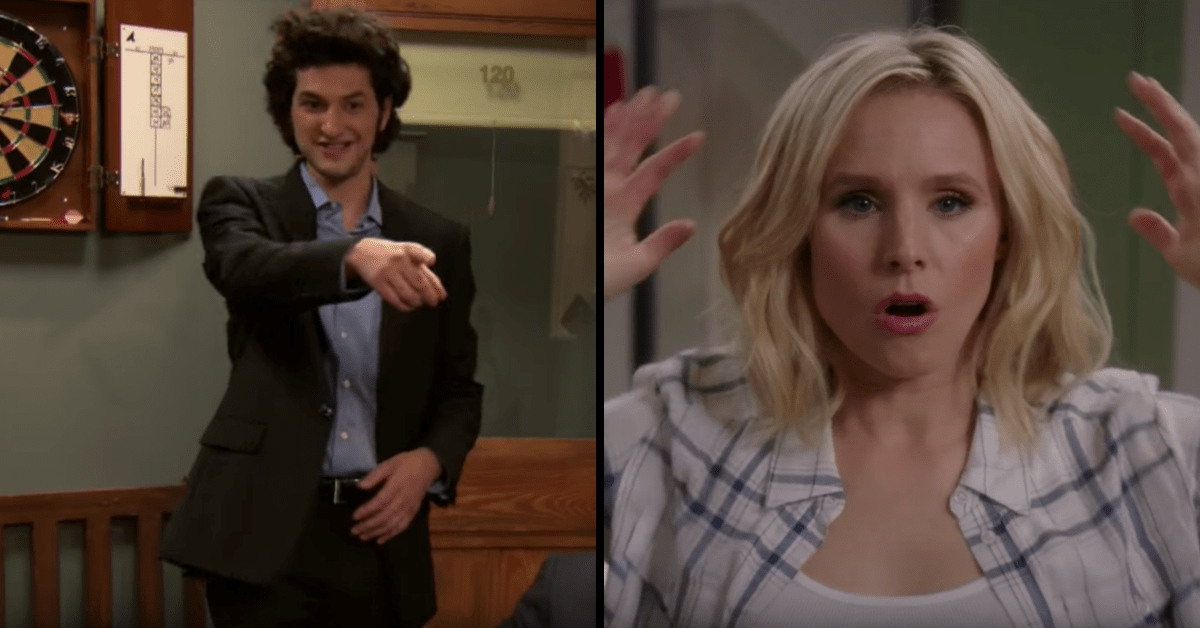 As expected, The Good Place’s Season 2 finale dropped a plot-bomb on everyone watching. However, it’s the minor details that have fans freaking out on Twitter a week later.

On Twitter, writer Darran Stobbart pointed out some interesting details found on a magazine read by Elenor. Details that reference multiple Park and Recreation characters and set ablaze to fan theories about the universe-based connection of these two hit NBC shows.

Take a look at the pictures in his tweet then we’ll dive deeper into what this all means:

Just discovered that The Good Place takes place in the Parks and Rec universe and now by whole brain is crying. pic.twitter.com/UjtJLSclrA

Finally, a ton of actors on TGP had roles in PnR – including Kristen Bell, Adam Scott, Marc Evan Jackson, Jama Williamson, Jason Mantzoukas, Maribeth Monroe, Will McLaughlin (a police officer in both shows), Dax Shepard, Joe Mande (wrote and appeared in both), Jamie Denbo, and Jim Meskimen. That huge list of names only includes on-screen crossovers, IMDb’s complete list of crossovers includes the entire staff and it’s a HUGE list of names.

The biggest connection that is referenced by Stobbart’s tweet revolves around Jason Mantzoukas. The former star of FX’s The League plays Derek in TGP, a post-life created mon-object with wind-chimes for a penis. In PnR, Mantzoukas played a cologne-mogul and total douchebag by the name of Dennis Feinstein.

The other clue is an ad for champagne by Jean-Ralphio, with a phenomenal tag-line: turn that frizown upsidizity. This is a hat-tip towards an easter egg in the Parks and Rec finale, where Jean-Ralphio Saperstein was served a bottle of his own champagne – signaling a happy, wealthy end to the life of (in my opinion) the greatest character of all time.

So, what does the really mean and does it even matter? I mean, if you want to be boring: nothing and it doesn’t matter. But forget that, I’m absolutely here for maximum fan theory speculation. So, at the least, we know TGP and PnR exist in the same universe.

Does this mean Dennis Feinstein was punished in the afterlife to eventually become a wind-chimed-dick-having moron with no purpose in any dimension? Does this mean we could see an appearance from Ben Schwartz and/or Jean-Ralphio Saperstein? Was Ben Wyatt sent to The Bad Place because of Ice Town? Only time will tell.

Important Note: If you enjoyed Parks and Recreation but haven’t watched The Good Place yet, you absolutely need to start watching. It’s only had two seasons so it’s an easy binge and absolutely worth your time.

Below are some other theories, reactions, and connections from fans on Twitter. The best of which connects all three of Schur’s latest shows (Parks and Recreation, The Good Place, and Brooklyn Nine-Nine).

My "fan theory" is Shawn is Kevin and Evan. (and we do know the 'demons' can pop into the real world, and who better for a demon than a gay guy and a lawyer). pic.twitter.com/ikWGx93WAZ

Did we ever hear windchimes in Dennis Feinstein’s office?

so is ingrid de forest the eagleton twin and eleanor shellstrop the pawnee twin pic.twitter.com/U7GIwar1o3

Dude, those are two shots from two separate episodes of The Good Place, created by Michael Schur, previously show runner on Parks & Rec. These are P & R Easter eggs for the freeze frame fans.

Wait, wait, does that mean that Ben really doesn’t represent all that is good and holy in Pawnee???? pic.twitter.com/x57lKD4DzF

Did you see this from 3 weeks ago? pic.twitter.com/YYAfsb8fMS