A Good Samaritan Is Paying The $1,600 Uber Fare Of The Drunk Guy Who Accidentally Ubered From West Virginia To New Jersey 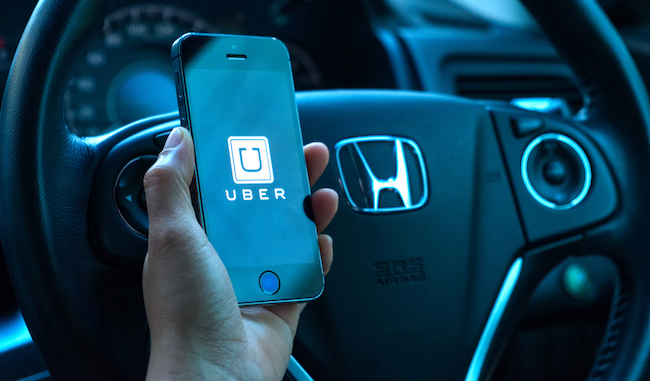 Last week we brought you the story of Kenneth Bachman, who just now is probably out of the weeds of a life-altering hangover.

The New Jersey man went to a frat party near the campus of West Virginia University and spent the entire day getting blasted in Morgantown.

“We went to a frat party and then went to the bar. I was getting drinks all night; I probably spent like $200 at the bar after already drinking all day,” the young man said.

After Kenny drank enough alcohol to kill a horse, he decided to do the responsible thing and order an Uber home. The only problem being that home was over 300 miles away in Sewell, New Jersey.

Several hours later, Bachman woke up in the back seat of a 2011 Toyota Sienna minivan after admitting to “blacking out” on the car ride.

“The last thing I remember was being at the bar and then I just woke up in the Uber next to an older dude telling me I was an hour out from Jersey.”

To add insult to injury, Bachman had ordered an UberXL, for no good reason. The final bill on the trip: a reasonable $1,635.93. If he had just ordered an regular-sized Uber, the price would have been a much more manageable $819.14.

But, luckily for Bachman, there are good people still left in this world. And one of them is Jamie Giovinazzo, founder of Eat Clean Bro in Freehold, New Jersey.

According to Fox 5, Giovinazzo says his company will pay the fare to thank Kenny Bachman for choosing not to drive while drunk.

Bachman had requested donations via GoFundMe to pay the fare. That money will instead go to Mothers Against Drunk Driving.