Grimes, The Girlfriend Of Elon Musk, Just Tattooed Her Entire Back With ‘Alien Scars’ 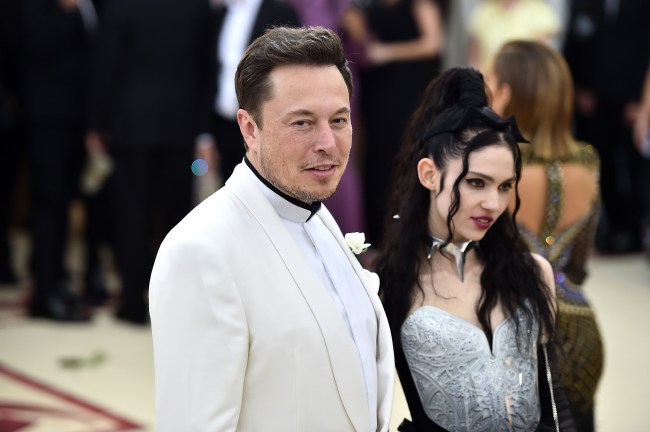 Get a load of the hot new ink on the back of Grimes:

Last night we co-designed a full back tattoo (w my brilliant friend Tweakz) for @Grimezsz. It was half hand drawn then half procedurally generated, then they banged out the whole thing in 1 go. Such a beautiful experience and talisman 4 her world. Electric energy is abuzz. 1/3 pic.twitter.com/5bsHCsaemI

Great. Nailed it. If I saw Grimes on the beach, I’d say oh boy… that lady had information the aliens wanted, but she didn’t break. They brought out their latest and greatest enhanced interrogation technique tools, but somehow they couldn’t get her to give up the secrets. They even used their brand new electrified weeping willow branch, coming soon to a Spencer’s Gifts near you, on her. And not a peep! Talk about strength of spirit. Maybe she was trained.

Grimes is the Canadian singer who dates Elon Musk. I have no idea if “dates” is the word they would use. Feels totally incorrect—too human—for how I assume they label their relationship. They famously have a child together, whom they named after their hardest Paypal password.

All of this is to say that you better believe Elon is going to love this tattoo. Wish we could all be there for the big reveal. If we learned anything from his appearances on Rogan, it’s that Elon Musk is highly prone to overt displays of emotion. I like to picture him dropping to his knees as a single tear of blood wobbles from his eye, down his cheek, and lands in a vile of stag urine sourced from the shaman they met at Burning Man. Which they’ll drink together as a celebratory toast on the day the hyperloop finally breaks ground.

Holy shit I can’t believe how many of you people harbor vitriol and hate for artists, their art, and the people that their art affects. I don’t take offense to any of this it’s just sad, no? It’s not your body or mind or consciousness, how can you have an opinion? Why so unkind?

“How can you have an opinion?”

Buddy. Where have you been. Haven’t you heard the old saying? Opinions are like assholes: show them to everyone you can, whenever you can.

Not sure if you’re aware Nusi, but it doesn’t take much for people to have an opinion these days. And not just an opinion; the strongest opinion you’ve ever read in your life. The most certain of stances. The tiniest of hills upon which they come to die.

Personally, that tattoo just scares me. I don’t have an opinion about it; more of a visceral reaction. Why couldn’t she have just done the white-ink, basic-girl “breathe” tat on the wrist? Would have been a lot cheaper, and a lot less painful, than the full back alien scar. Too each their own, I suppose.