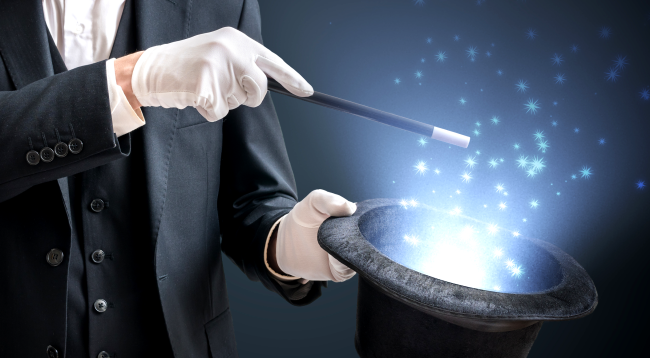 Live news reports are the best. Especially when there are people milling about in the background.

After all, how many times in your life is the average person able to appear on live TV? Even if it is just the local news.

That must have been the thinking of one man who took notice of a news reporter from Israeli news channel 13 with a microphone and seized his one chance to become internet famous by performing a few magic tricks for the camera.

Related: Two Magicians Pulled Off Perhaps The Greatest Videobomb Of Our Time

Posted to Reddit with the caption “He has always been waiting for this live performance,” the video sees a man in a red shirt appear over the right shoulder of the new reporter.

The man in red holds up several playing cards and makes his way around the reporter doing magic tricks, continuously showing and dropping cards from his hand as if they appeared out of thin air.

Then, to close out his epic routine, the man in red (who many on Reddit said looked like Ray Romano) pulls the rest of the cards out of his mouth in a stack, drops them, and figuratively drops the mic on the entire news segment as he walks away.

He really sells it too with his confidence, facial expressions and really, the DGAF attitude he displayed during his entire presentation.

Needless to say, viewers of the video on Reddit were left very impressed.

“That was awesome, his energy made that,” wrote one commenter.

“The classic drive by magic show,” another viewer commented.

“His face in the first half was like ‘are you guys seeing this sh-t? What are my hands even doing? Is this real?'” commented another. “F—in’ killed me.”