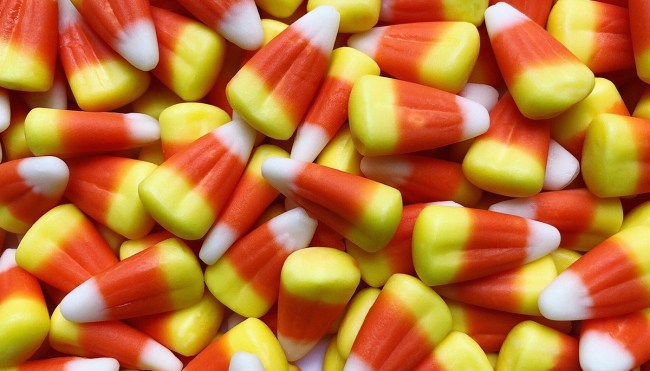 Whenever October rolls around, it’s only a matter of time until we’re treated to The Discourse over whether or not candy corn is good; a debate that’s essentially the “Is Die Hard a Christmas movie?” of the Halloween season.

As someone who’s fairly ambivalent about the treat, I’ve never really understood people who are willing to die on a hill defending the merits of candy corn nor the many, many people who are fond of deriding it with nicknames like “spray-painted earwax” and “the fruitcake of Halloween.”

It came as no surprise that plenty of people were absolutely revolted when a Wisconsin butcher started selling sausages filled with candy corn earlier this month, and I can only assume most of them will be delighted by news concerning a recent cyberattack that targeted a confectionary company in Chicago.

According to The Takeout, Ferrara Candy experienced a disruption in production earlier this month when hackers launched a ransomware attack the company is still recovering from. The candymaker’s portfolio is home to a number of brands including Nerds, Laffy Taffy, and Fun Dip as well as Brach’s, which has an 85% stranglehold on America’s candy corn market.

okay but so when's a good time to hack the candy corn factory (asking for a friend) https://t.co/robAU2RZlK

Somebody is trying to stop the abomination that is candy corn. Well done hackers! Well done https://t.co/SVy5m0YqGB

As The Chicago Tribute notes, the vast majority of candy corn made for this year’s Halloween season was shipped to retailers back in August. As a result, if you’re a candy corn fan that’s afraid it will become the latest in a long line of products to fall victim to a shortage, you shouldn’t have too much to worry about.