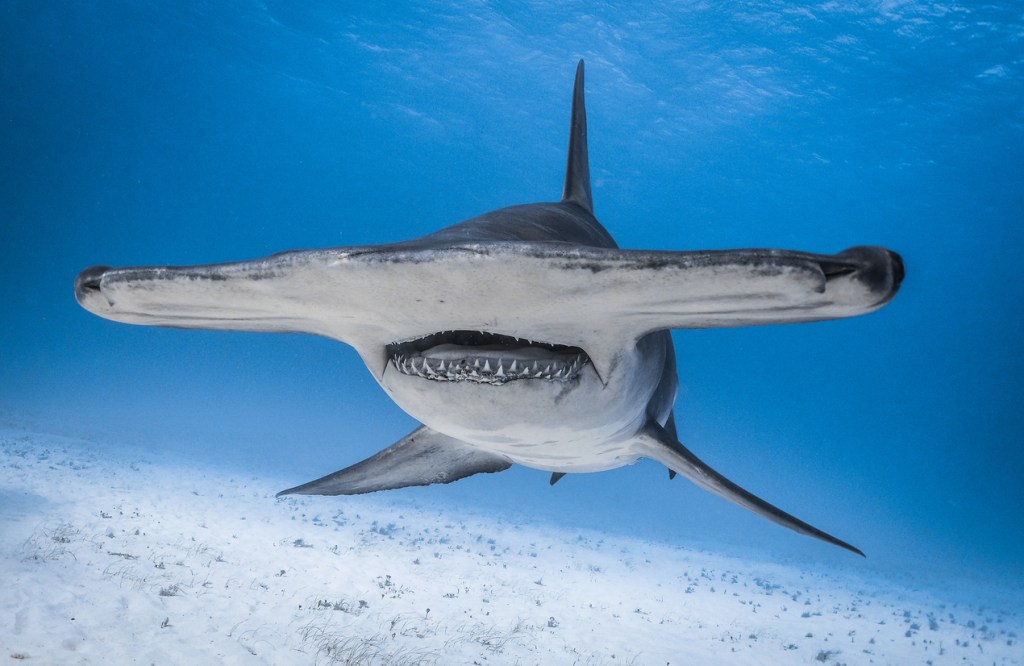 The tarpon fishing season has been red hot in Southwest Florida in recent weeks. During late Spring through early Summer, Southwest Florida becomes the hottest tarpon fishing destination on the planet and Boca Grande is considered the Tarpon Fishing Capital of the World. This, of course, draws in hammerhead sharks to the area and I’ll explain more about that below.

To human beings, Tarpon aka The Silver King, is a game fish. Fishing for tarpon is strictly catch-and-release and they are never harvested to eat. Some fisherman might take a single silver scale from a tarpon as a souvenir but that’s it.

However, to hammerhead sharks, the tarpon is the single most delicious fish on the planet. Hammerhead sharks are always around in Florida but they’re much more visible to humans during tarpon fishing season because they’re often chasing these fish while the anglers are fighting them. When this happens, the protocol is to open the bail of the reel and let the fish swim freely so it can evade the hammerhead but often times the shark still gets an easy meal.

This is a tarpon, for anyone wondering:

Captain Edward Glorioso in Boca Grande, Florida had a close encounter with a truly massive hammerhead shark earlier this week. The video has since gone viral on social media and it’s easy to see why. This shark looks to be dang near about the size of the boat they’re fishing from. Also, there’s some profanity in this video so if that bothers you just watch it with the sound off.

Close Encounter With A Massive Shark Chasing A Tarpon In Boca Grande, Florida

As I said before, these hammerhead sharks are around all year long but they’re much more visible during tarpon fishing season. They seem to spend more time up or near the surface chasing these fish which typically hang out in shallow water.

And this brings the hammerheads closer to the beach, as you can see in the clip(s) above. Those swimmers aren’t far away at all from this massive shark.

How much do these hammerhead sharks really love tarpon?

This clip is actually from last season but you NEED to see this 14-foot Hammerhead Shark go after this fish. It is a truly gargantuan specimen.

This 4th of July weekend will see millions of additional boaters and swimmers in Florida. Thankfully for both the sharks and the people, neither party wants anything to do with the other. It also means the tarpon will be spooked by all of the additional boating activity, so that stinks.