Man Loses Surfboard In Hawaii – Finds It Over 2 Years Later, 5,200 Miles Away In The Philippines 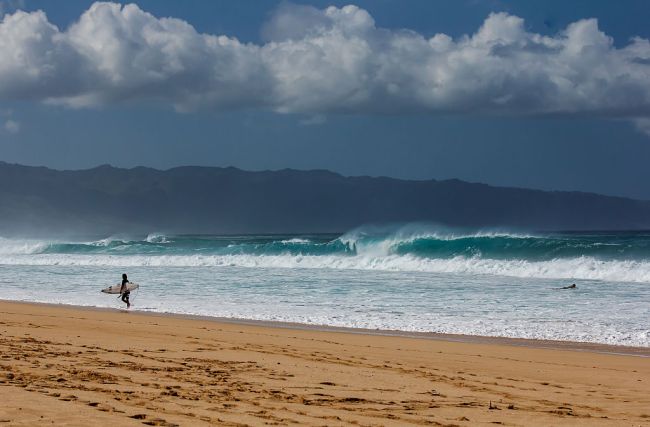 If you lose something in the ocean, you can pretty much kiss it goodbye, especially in a place with large and powerful waves such as Hawaii. One man had given up hope after losing his surfboard in Hawaii, until he remarkably found it two years later … in the Philippines – more than 5,200 miles away.

On Feb. 3, 2018, surfer and photographer Douglas Falter had “caught seven good rides” while surfing in Waimea Bay, a playground for big-wave riders on the North Shore of O’ahu in the Hawaiian Islands. But his day changed for the worse when he wiped out and the leash came off his ankle, setting his Lyle Carlson surfboard free in the water.

“I swam as hard as I could to try and get to it,” Falter wrote in a Facebook post. “I ran from one end of Waimea Bay across to the other side and scaled the rocks trying to get a visual until it was completely dark.”

The board was gone, seemingly forever. Falter said the board had sentimental value because he caught one of the “biggest waves” of his life on that particular surfboard. “Having never heard from anyone I figured it was lost at sea,” he said.

Then in August 2020, two and a half years after losing his cherished surfboard, he found out that it was not actually gone forever. A person found the missing Hawaiian surfboard on Sarangani Island in the Philippines, more than 5,200 miles away from O’ahu. 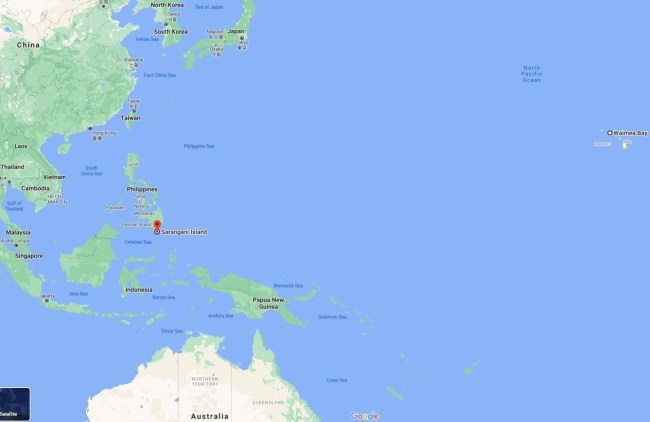 Giovanne Branzuela, a 38-year-old elementary school teacher and surfer in the southern Philippines, bought the surfboard for $40 from a local fisherman, who had found it in August 2018, six months after Falter lost it to the sea.

“The board had turned from pale blue to a yellowish color during its voyage across the Pacific, but the name of Lyle Carlson was still visible,” according to CNN. Branzuela contacted Carlson that they had found the 10’6″-long, 23″-wide 3″-thick board, who then informed Falter that his surfboard had been discovered thousands of miles away.

Man Loses Surfboard in Hawaii, It Shows Up in the Philippines https://t.co/3dcaqXElWf

“Apparently he bought it from a fisherman to learn how to surf,” Falter wrote last month. “As bummed as I was when I lost it, now I am happy to know my board fell into the hands of someone wanting to learn the sport. I couldn’t imagine a better ending to this story than to see the sport of surfing begin in a place where nobody surfs.”

“It turned out it’s a surfboard from Hawaii. I couldn’t believe it myself,” Branzuela said. “It’s been my dream to learn to surf and ride the big waves here. For now I can use his surfboard. I told him I will take good care of it.”

“If it weren’t for travel restrictions I would have raised money to bring boards for learning and surf supplies and be on a plane to go and visit Giovanne,” Falter stated. “I could teach him how to surf and hopefully a few of his 144 students. He is in charge of a school on the islands where my board is and I’m sure some of the kids would love to learn.”

“It’s an excuse for me to go to the Philippines and visit and basically complete the story,” Falter said. “I think it would be a great ending to teach him how to surf.”

You could easily see how the ocean currents could easily transport the surfboard in the global conveyor belt from Hawaii to the Philippines.