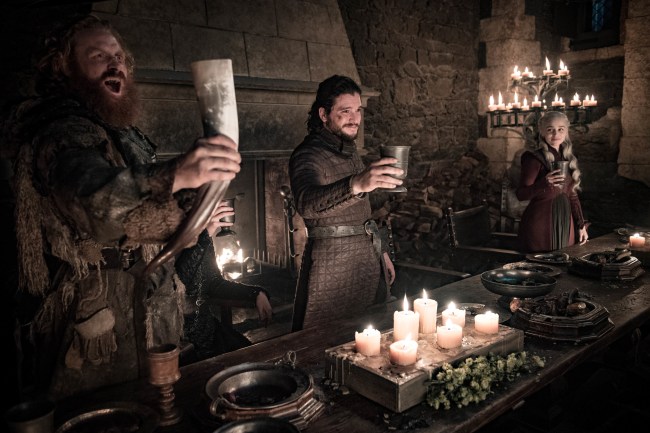 If you watch HBO’s Game of Thrones then you might’ve noticed something strange in this week’s episode. What you could see was a coffee cup sitting on the wooden table and it quickly became a meme and started trending on Twitter.

It happened in the second scene of S08E04 ‘The Last of the Starks’, Tormund Giantsbane is singing the praises of Jon Snow and how he’s previously risen from the dead to ascend to the title of ‘King of the North’. Tormund and the other Wildlings are drinking ale from horns but there was what appeared to be a Starbucks coffee cup. We’ve got all of the best tweets/memes from that here.

HBO has since acknowledged the coffee cup and apologized and stated that it came from the production company’s craft services which provides nourishment on set and not from Starbucks as many fans schemed that it was possibly some sort of devious product placement designed to drum up viral marketing. Now, HBO is trying to make it as if this never happened in the first place.

According to Chaim Gartenberg at The Verge, HBO has edited that scene on HBOGO and removed the coffee cup from the footage. I went to living room this morning after reading this report to see if they’d forced out a new version of the episode On-Demand yet and I still saw the cup (image below) but as you can see in this GIF from The Verge that coffee cup is most certainly gone on HBO’s streaming service:

Still there on demand (probably not for long): 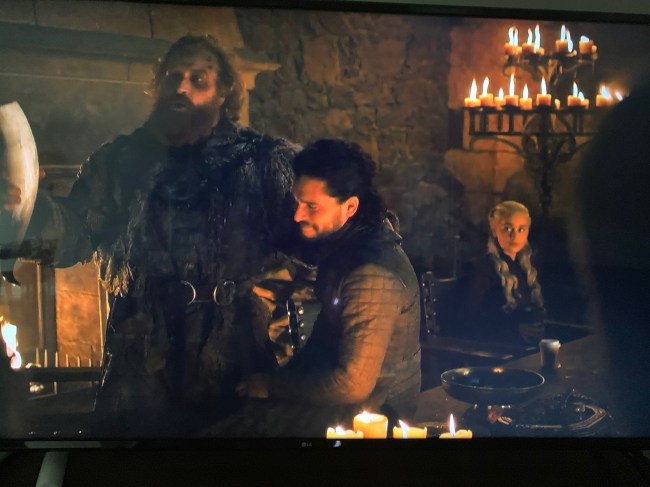 According to reports, Starbucks received ELEVEN MILLION DOLLARS worth of free advertising despite the fact that it wasn’t even actual Starbucks. It’s unclear how HBO feels about the countless tweets poking fun at their gaffe:

HBO did apologize yesterday, according to The Verge:

HBO did fess up to the mistake, joking that “the latte that appeared in the episode was a mistake. Daenerys had ordered an herbal tea.” Sadly, the company only edited out the anachronistic cup instead of really committing to the bit and editing in a more period-appropriate cup of tea.

As Bernie Caulfield, an executive producer on Game of Thrones, commented yesterday, these kind of mistakes are rare for a show this big, but slip-ups do happen, and “if that’s the worst thing they’re finding, then we’re in good shape.”

The ONLY thing that really bothers me about this is now eagle-eyed fans will be watching every episode trying to pick apart details to find the next Starbucks Cup even if it doesn’t exist. ‘That horn was from Restoration Hardware!’ and shit like that. I can see this becoming an insufferable trend in the next few weeks as we inch toward the series finale.