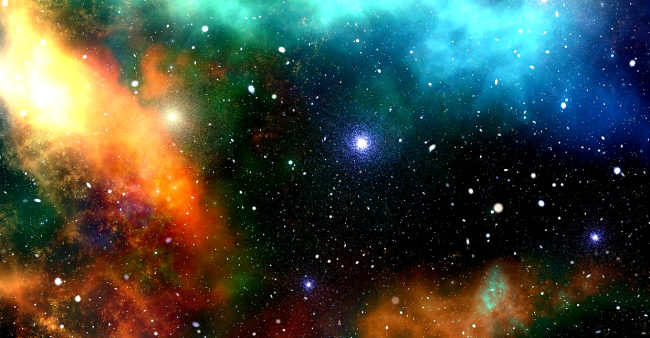 With the rapid advancement of technology in the field of astronomy over the past decade, so too has come the fast advancement of discoveries found deep in space.

One of the latest deep space finds by astronomers, scientists and researchers comes to us from the Massachusetts Institute of Technology (MIT) in a new report published in the journal Nature.

The signal, named FRB 20191221A, lasts much longer than a typical FRB – about 3 seconds (the longest one that has ever been recorded) – and repeats every 200 milliseconds “like a heartbeat.”

Normally, FRBs last just a few milliseconds, but FRB 20191221A persists about 1,000 times longer than the average FRB.

This new fast radio burst blasts a signal “in a clear periodic pattern, similar to a beating heart”

“There are not many things in the universe that emit strictly periodic signals,” said study co-author Daniele Michilli, a postdoc in MIT’s Kavli Institute for Astrophysics and Space Research. “Examples that we know of in our own galaxy are radio pulsars and magnetars, which rotate and produce a beamed emission similar to a lighthouse. And we think this new signal could be a magnetar or pulsar on steroids.”

In analyzing the pattern of FRB 20191221A’s radio bursts, Michilli and his colleagues found similarities with emissions from radio pulsars and magnetars in our own galaxy. Radio pulsars are neutron stars that emit beams of radio waves, appearing to pulse as the star rotates, while a similar emission is produced by magnetars due to their extreme magnetic fields.

The main difference between the new signal and radio emissions from our own galactic pulsars and magnetars is that FRB 20191221A appears to be more than a million times brighter. Michilli says the luminous flashes may originate from a distant radio pulsar or magnetar that is normally less bright as it rotates and for some unknown reason ejected a train of brilliant bursts, in a rare three-second window that CHIME was luckily positioned to catch.

“This detection raises the question of what could cause this extreme signal that we’ve never seen before, and how can we use this signal to study the universe,” said Michilli. “Future telescopes promise to discover thousands of FRBs a month, and at that point we may find many more of these periodic signals.”

Back in 2016, Harvard astrophysicists hypothesized that extragalactic fast radio bursts could be emanating from alien spacecraft.

In 2018, more mysterious repeating signals were believed to have been coming from 1.5 billion light years away and again it was hypothesized that it could be aliens that were creating it.

Since then, numerous other FRBs have been detected with some of these mysterious space radio waves having been tracked to a source within our Milky Way galaxy.