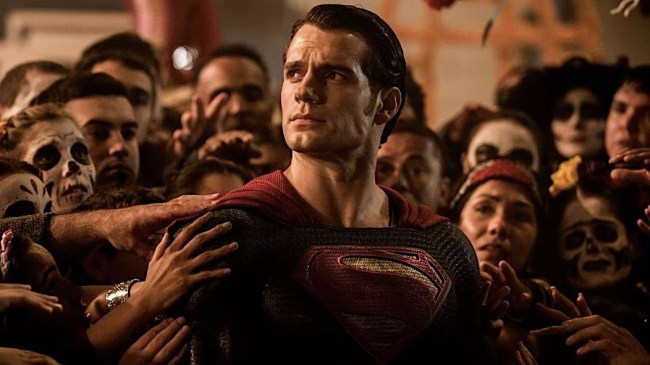 According to reports, there is a “buzz” coming out of San Diego Comic-Con over reports that Henry Cavill will be appearing at the convention to confirm his return as Superman in the DCEU.

In Deadline‘s Comic-Con 2022 preview, it’s stated during the section covering Warner Bros. that Cavill will be making a “surprise appearance to talk up more Superman.”

“Dwayne Johnson and the Warner Bros theatrical session will serve as Marvel’s opening act earlier in the day, with Black Adam and Shazam: Fury of the Gods getting their much-deserved closeups on the Hall H stage. There’s also buzz that Henry Cavill will put in a surprise appearance to talk up more Superman.” [via Deadline]

The rumors of Cavill’s potential return as Superman come just a few months after Warner Bros. was purchased by Discovery, therefore giving the studio, and the DCEU, new bosses.

Earlier this year, we brought you the reports that the execs at the new Warner Bros. Discovery conglomerate want “more movies like Joker” and to “revitalize” Superman, who they believe has been mishandled in recent years, especially when considering the fact that the character that launched the franchise never got a sequel.

While the DCEU has certainly gotten a lot wrong over the years, casting Cavill as Superman was certainly not one of them as the 39-year-old has blossomed into an action star A-lister with projects such as Mission: Impossible – Fallout and The Witcher under his belt.

Not only was Cavill’s casting shrewd, but his lone solo outing, 2013’s Man of Steel, has aged better than about every DCEU film not named Wonder Woman or The Suicide Squad and has grown in reputation over the years.

RELATED: Zack Snyder Reveals Who The Villains In A Direct ‘Man of Steel’ Sequel Would’ve Been (EXCLUSIVE)