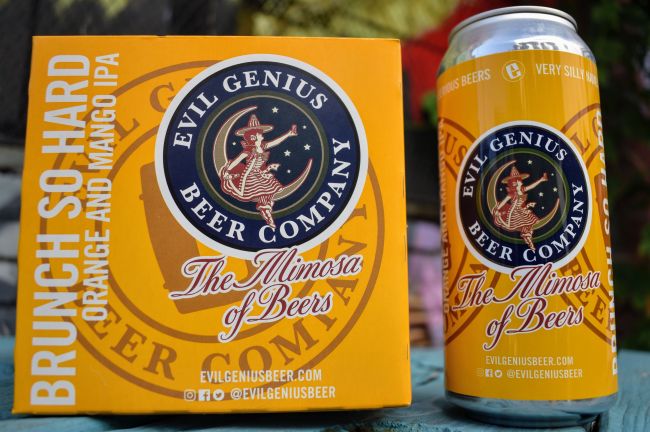 If you did college the way college is supposed to be done, you’re likely familiar with the drinking game known as “Edward Fortyhands,” which involves duct-taping two bottles of the malt liquor of your choice to your hands and downing them as quickly as possible before drunkenly trying to figure out how the hell you’re supposed to free yourself once you do.

If you were brave enough to play this game (especially with Steel Reserve), there was a good chance you’d wake up the next morning somewhere you didn’t remember falling asleep the previous night with a couple of glass jugs still firmly attached to your hands along with the crippling hangover that typically accompanies that particular activity. However, any seasoned veteran knew to prepare for this scenario by having the foresight to purchase a third 40 you could grab once you regained the use of your hands before whipping up a hair of the dog solution in the form of a Brass Monkey.

Now, Wikipedia will tell you a “Brass Monkey” is a drink comprised of equal parts rum, vodka, and orange juice but it’s more commonly used to refer to another concoction that is constructed by drinking a 40 until the liquid inside reaches the label, filling it back up with orange juice, and then housing the resulting combination (I was initially introduced to the concept thanks to the Beastie Boys’ song of the same name and was today years old when I discovered Mike D says they were actually talking about the aforementioned cocktail, which has shaken me to my very core).

Since getting my degree, I’ve attempted to class up my hangover treatment game and typically turn to mimosas when I go out to brunch. With that said, I don’t have to care about keeping up appearances when I’m preparing a grease-filled meal within the confines of my apartment on a particularly miserable Saturday morning, where my beverage of choice is orange juice mixed with Miller High Life—a.k.a. The Champagne of Beers.

Over the past decade or so, High Life has arguably ascended to the Hipster Beer throne previously occupied by PBR and is one of my go-tos when I’m in the mood to throw back a bunch of beer that just tastes like beer. However, the brew that made its grand debut in 1903 has also been at the center of a couple of unexpected collaborations in recent years, as High Life linked up with Chicago’s Off Color in 2016 to create a wild ale brewed with champagne yeast and followed that up last year with a brut IPA made in conjunction with Georgia’s Terrapin Beer Co.

I really enjoyed both of those libations but I can’t say either of them piqued my interest as much as High Life’s newest collab with Philadelphia’s Evil Genius Beer Company, which recently unveiled “The Mimosa of Beers,” a hazy IPA clocking slated to be unleashed upon the world on October 12th. 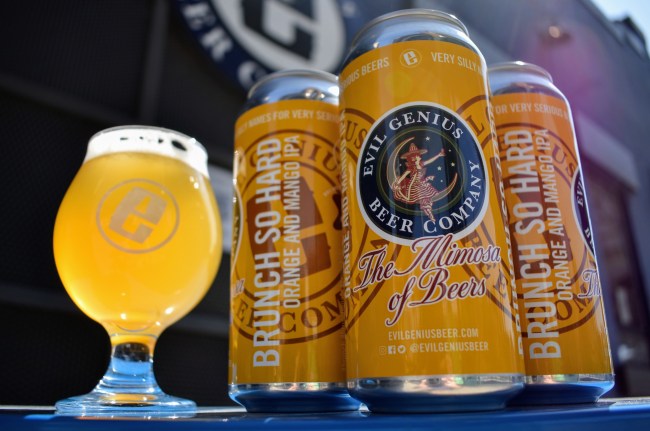 The beer uses a combination of Warrior, Galena, Citra, Azacca, and Hallertau Blanc hops to give it a flavor defined by orange and mango notes and clocks in at a very drinkable 6.5%. It will be sold in limited qualities in the Evil Genius taproom in addition to select stores in Pennsylvania, Delaware, New Jersey, and New York and I’ve been lucky enough to secure a few cans so I’ll be sure to share my thoughts on once I crack one open.