History Of Things: The Origin And Evolution Of Aspirin Goes Way Beyond Bayer 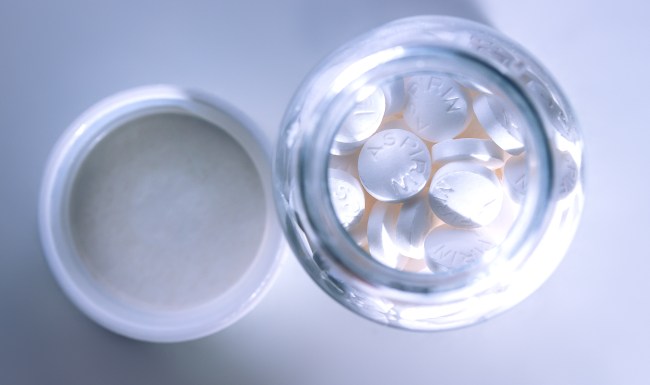 Aspirin has been such a fundamental part of our pain relief game that it’s hard to believe that people went without it for most of human history. But while Aspirin might not have been available to our forefathers, they still managed to alleviate their pain as we know that both the ancient Sumerians and Egyptians were soothing their pain with Willow Bark.

The healing component in Willow Bark is salicylic acid, and our Egyptian and Sumerian friends were making salicylic tea way before Jesus Christ even had his day. This natural pain reliever served as the backbone of ancient medicine long before Aspirin was a thing.

Fast forward to the 18th century, where an English dude named Edward Stone figured out that Willow Bark was curing the ague, which is an old timey way of saying the flu. If you’ve ever read Dickens then you are probably familiar with the ague. But before Dickens could get ahold of the cure for the ague, Edward Stone was testing Willow Bark on people in 1758.

Once Herman worked it out, the Germans began making pain relievers by a variety of competing companies. It wasn’t until 1886 when Carl Duisberg, the head of research of a small company named Bayer, started playing around with salicylic acid and this is when everything started to speed up.

Bayer set up an American subsidiary to sell Aspirin to the American public by 1903. Naturally, this is when sales started to really boom all around the world. For the first time, scientists had managed to reduce natural medicine into a tiny pill. Of course, World War I was right around the corner, and since Germany had cornered the market on Aspirin, it became difficult for the British to get their hands on its sweet pain relief. Americans, meanwhile, were officially neutral for most of World War I and managed to keep trade with Germany going.

But then America joined the war on the side of the British and friends and German agents in the United States soon began securing Aspirin for their boys, leaving the good guys without pain relief. The problem with that, though, was that everyone knew how to make Aspirin and so the Americans turned right around and cut off the Germans, taking control of Bayer’s holdings in the United States and turning Aspirin into an American brand all at the same time. Of course, Germany swiftly went down to defeat against the overwhelming power of Western might and Aspirin soon became just another part of the American economy.

In between World War I and World War II, Bayer tried to fight off competitors from overseas, but once World War II kicked off, Bayer found themselves tied to the Nazis, which meant that they were shit out of luck when the Americans decided to start giving their boys Aspirin as they marched their way through France to Germany’s doorstep.

Defeated, the Nazis were ruined and Bayer had to make nice with their American cousins. Once that happened, it wasn’t long before an Americanized Bayer was ruling the pain relief world with Aspirin. You don’t want to mess with America when it comes to making money off of drugs. The Germans might have been the first to get it right, but they lost all their rights when went Hitler crazy and had to let America take over.

Of course, Aspirin soon found itself competing against a new wave of pain relievers like Tylenol and Advil, both of which were bigger badder versions of little old Aspirin. By 1962, ibuprofen had kicked Aspirin down the aisle, and by the 1970’s, Aspirin saw its part in the pain relief market get smaller and smaller. 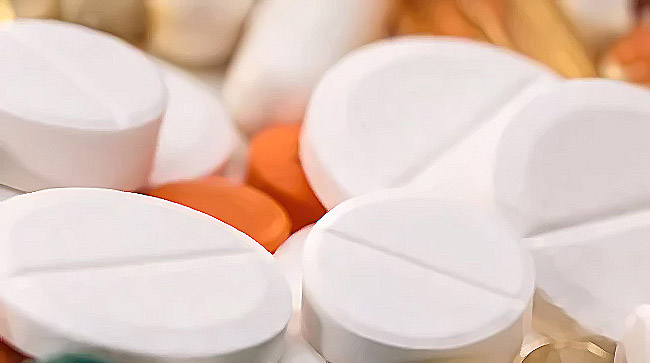 The 1980’s hit, and ibuprofen began being available over the counter without a prescription, which further tanked Aspirin’s sales. And on top of that, studies started linking Aspirin to Reye’s Syndrome, a brain disease that hits children as they are developing. Things were not looking good for Aspirin and it seemed only a matter of time before it was tossed into the dust bin of history.

But then something remarkable happened. New studies began to show that Aspirin played a key role in reducing symptoms of heart disease. By the end of the 1980’s, Aspirin had made a dramatic comeback as a first line defense against heart attacks. This was something competitors like Tylenol or Ibuprofen couldn’t compete with, and Aspirin carved out a new niche in the healthcare world.

Today, Aspirin remains a popular first wave guardian against heart related illnesses. It has come a long way from being a pain reliever synthesized from salicylic acid, which itself was synthesized from Willow Bark. Scientists from every corner of Europe had a hand in creating Aspirin, whether it was Edward Stone in England or Herman Kolbe in Germany. They brought to us a pain reliever that has become synonymous with pain relief.

You can have all the Tylenol or Advil that you want, but take a moment to appreciate Aspirin, that little dude who was the first to get into the pain relief game, and was the first to help millions all around the world get relief from every day aches and pains. From ancient Sumerian and Egyptian Willow Bark experiments to German chemists, never forget that it all started with our little friend Aspirin.