History Of Things: The Origin And Evolution Of The Hamburger Is As Mysterious As It Is Delicious 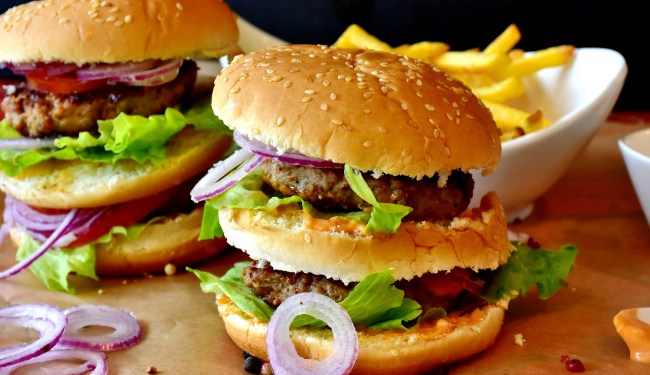 Hamburgers are probably the most iconic of all American foods, and it’s almost impossible to imagine a world in which the hamburger doesn’t exist. But it wasn’t always this way. In fact, for most of human history, no one knew what a hamburger was. I know, I know, your whole world is collapsing on you now. Without the hamburger, who are we? Could we even survive?

Amazingly, people managed to get by without the hamburger for thousands of years. Julius Caesar never ate a hamburger. Genghis Khan never had a Whopper after sacking a city and mounting skulls. Abraham Lincoln probably never even got to taste a hamburger. They didn’t even serve them at Ford’s Theatre. Maybe they had hot dogs, but not hamburgers.

So how did the hamburger finally show up on our tables and in our bellies? Well, there are many conflicting reports on the matter. Everyone wants to take credit for inventing the hamburger, but no one can definitively say when someone first got the bright idea to slap that meat in between two pieces of breaded buns. What we do know is that the name probably comes from the German city of Hamburg, and it is thought that something resembling a hamburger – maybe not the real thing but like some meat served with toasted bread, that kind of thing – was eaten by people on the Hamburg America Line, which was a transatlantic shipping line from Hamburg to the United States.

But that’s just the name. The hamburger itself was invented right here in the USA. No matter what happens in this crazy world, they can never take that away from us. In 1884, the “Hamburg steak” was mentioned in the Boston Journal. That is the earliest record we have. We don’t know if people had been eating hamburgers for years before and were just keeping it on the down low because it was too wild for the times, having secret hamburger parties like 1920’s prohibitionists, or if someone simply made a hamburger one day for the first time and the newspaper ran with it. You have to remember, people didn’t have the internet back then. The invention of the hamburger was probably huge news.

On July 5th, 1896, the Chicago Tribune discussed the “hamburger sandwich,” which is the second time the hamburger shows up in our history. This time, the name was a little more refined, but that is a twelve year gap in between hamburger mentions. That is a long time to go between meals. Were people just eating hamburgers all that time and just keeping it a secret, or what? The truth is, we just don’t know. Try to sleep at night after mulling that one over.

There have been claims made that might help to clear up some of the mystery. Take the story of Louis Lassen, who owned a diner in New Haven, Connecticut right around the turn of the twentieth century. That diner was more specifically called Louis’ Lunch and the featured meal was… wait for it, yes, the hamburger.

Louis Lassen probably didn’t invent the hamburger, but his restaurant was the first place to feature it, which I guess makes him the father of the hamburger. Hey, I know it’s not fair to the actual inventor of the hamburger, that blessed dude or lady dude who has been lost to history, but that’s what you get for not sharing the delicious hamburger with the public. 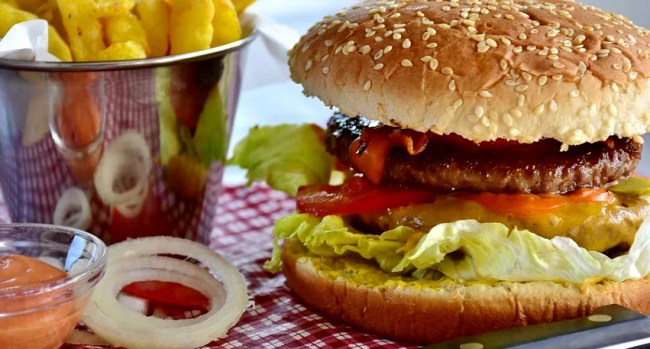 White Castle, on the other hand, has a different story. White Castle was the first thing resembling what we now know as fast food. Founded in 1921 by Walter Anderson and Billy Ingram in Wichita, Kansas, the first White Castle brought the hamburger to the forefront of the American zeitgeist. But White Castle doesn’t claim the invention of the hamburger. Instead, White Castle claims that a dude named Otto Kuase invented the hamburger in 1891, topping it with a fried egg because I guess cholesterol wasn’t a thing back then. Old Otto then fed his new hamburger to German sailors, and the rest is history. At least according to White Castle.

White Castle might be right. Or it could all be Big Hamburger propaganda. We just don’t know. What we do know is that there are others who claim a different story, like Oscar Weber Bilby, whose family claim that he served the first ever hamburger on a bun on July 4th, 1891 on his farm in Tulsa, Oklahoma. It would only make sense that the hamburger would be invented on the nation’s birthday, right? That just feels right.

But what about Frank and Charles Menches? Yup, it’s been claimed that they invented the hamburger in 1885 when they ran out of pork sausage at their sandwich stand at the Erie County Fair in, get this, Hamburg, New York. The story goes that they substituted ground beef and voila, you have the first hamburger.

That story sounds a little too neat though, right? It probably does – or did – to Fletcher Davis, who claimed to have invented the hamburger during the 1880s at his lunch counter in Athens, Texas. I mean, of course a Texan was going to figure into this whole story at some point. To back this up, Davis and his wife later served hamburgers at the St. Louis World’s Fair in 1904.

But whoever actually made the first hamburger, it was at that World’s Fair in St. Louis in 1904 that the hamburger firmly became entrenched. It was there that the New York Tribune picked up on the new craze and from there, word spread across the nation about this wonderful new thing called the hamburger.

By 1936, Big Boy came up with the first real hamburger stand in Glendale, California, which meant that White Castle finally had some competition. Of course, things really got going when that competition spread to a new restaurant in San Bernadino, California in 1940. That restaurant? McDonald’s.
From there, of course, it was only a matter of franchising that first McDonald’s restaurant, and the hamburger became the king of the United States of America. Sure, we might vote for Presidents and Senators, but at the end of the day, we all know who rules the land, and that king of kings is the noble hamburger, the most American thing there is.

It is somehow fitting that we can’t say for sure where and when the hamburger came to be. It’s better that way, isn’t it? It’s like it’s always been a part of us, our culture, our way of life. It doesn’t matter if it was Louis Lassen, or Fletcher Davis, or some crazy German. It exists because we needed it to exist. Like it is said that if God didn’t exist, man would need to invent him, so it is with the noble hamburger. It defies history, it has made its own history, and every time you eat a hamburger, you are a part of that history.