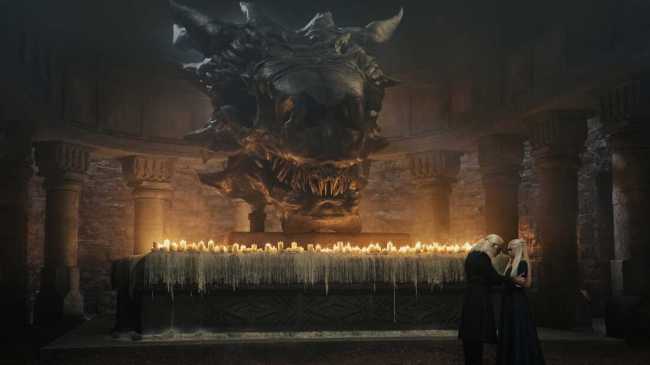 Ever since Game of Thrones went off the air in 2019, thousands if not millions of scorned fans have spent the years since swearing off ever returning to Westeros. Based on the reaction to the premiere of House of the Dragon, though, it would appear that many of those Thrones haters were all bark and no bite. Or should I say all roar and no flame?

Not only was social media ablaze with largely positive reactions to the series premiere, and not only did HBO Max crash due to demand for House of the Dragon, but real-world evidence also highlights just how big of a hit House of the Dragon already is.

Taken in New York City, a video from Sunday night mesmerizingly shows perhaps over a dozen apartments all in the same building simultaneously watching the first episode of the House Targaryen-focused Game of Thrones prequel series.

HBO will surely be thrilled with the early response to House of the Dragon as the series is just one of many Game of Thrones spinoff projects set to release in the coming years. As things currently stand, reports indicate that HBO has anywhere from 6-8 Thrones spinoffs currently in development.

House of the Dragon features an ensemble cast that stars the likes of Matt Smith as Prince Daemon Targaryen, Emma D’Arcy as Princess Rhaenyra Targaryen, Olivia Cooke as Alicent Hightower, Rhys Ifans as Otto Hightower, Steve Toussaint as Lord Corlys Velaryon, Paddy Considine as King Viserys Targaryen, and more. The first season of House of the Dragon — which was created by A Song of Ice and Fire writer George R.R. Martin and Colony co-creator Ryan Condal —  will consist of 10 episodes.