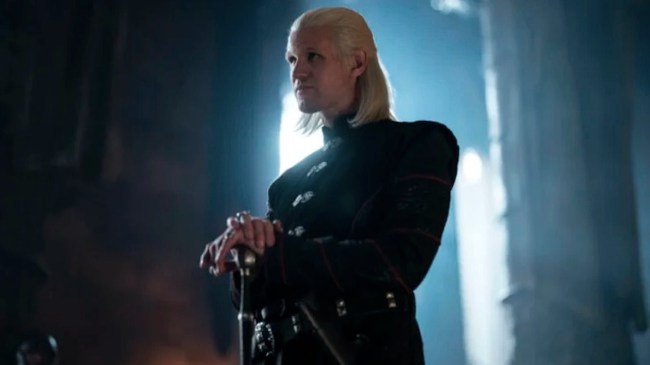 Come this Sunday, we will be just two weeks away from the premiere of House of the Dragon — the House Targaryen-focused Game of Thrones prequel that represents the first project set in Westeros since the iconic HBO series ended back in 2019.

HBO is likely hoping that House of the Dragon will quickly wash away the sour taste that Game of Thrones’ final season left in the mouths of fans three years ago, and according to its star Matt Smith, one way the new series tries to accomplish that is by harkening back to the O.G. days of Game of Thrones, the days where the series infamously featured gratuitous sex scenes.

“You do find yourself asking, ‘Do we need another sex scene?’” Smith said in a recent interview with Rolling Stone.