This Is How Marijuana Could Go Federally Legal In 2021 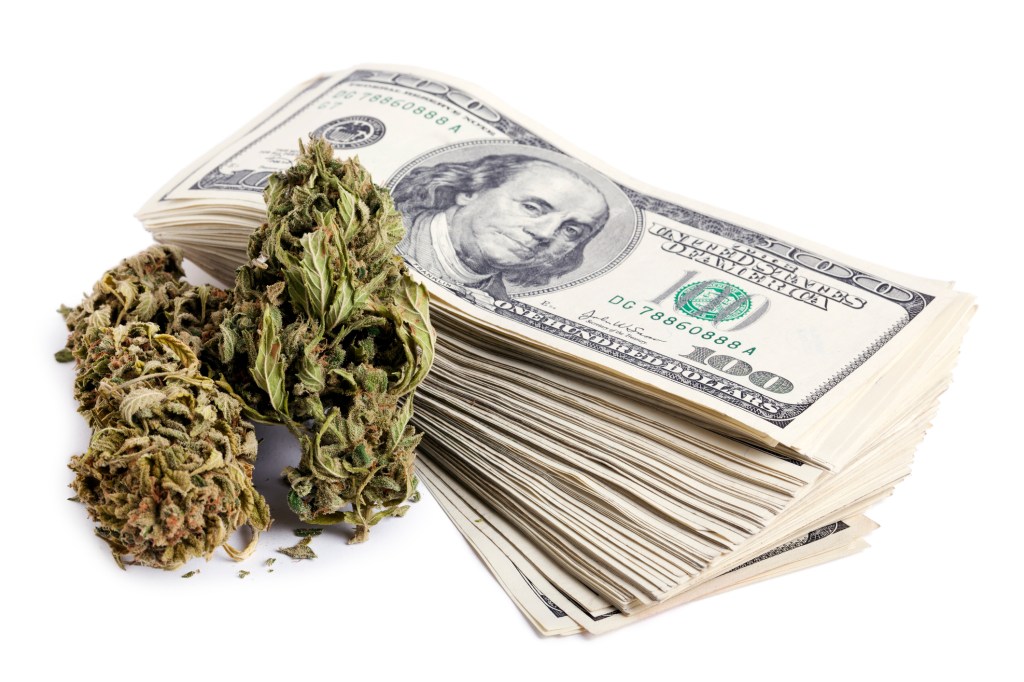 America will need to be super stoned to survive the gorilla cage that it may get stuffed inside next year. It’s not that we’re trying to be pessimistic, but there is little doubt that the population can withstand another year of lockdowns and stimulus living.

If there is one thing we’ve learned over the past several long, excruciating months, it’s that humanity doesn’t do well with handling apocalyptic turns. Not unless it can, on occasion, they jump through an escape hatch in the brain that lets them forget that they’re just weeks away from moving into a cardboard box. It’s the reason that cannabis dispensaries continue to make money hand over fist while the rest of the country tries to figure out how in the hell to live on $1.64 per day. Some argue that weed is how we fix a three-legged economy and keep on kicking through the downtrodden like a well-endowed mule. But it’s going to have to go legal at the federal level first.

It might sound like a bit of a pipe dream to think that the federal government is just all of a sudden going to legalize marijuana in the United States and end its more than eight-decade-long reign of terror against the stoner class. But there’s a decent chance legal weed could finally get some much-needed consideration next year.

Strangely, that all depends on the outcome of Georgia’s runoff election scheduled for next week. So get those bets in while you still can.

This is one race that you won’t want to miss.

The 2020 election is over for most of the country, except for Georgia. The voters simply couldn’t decide who they wanted to represent them in the U.S. Senate. The state requires a candidate to secure 50% of the votes to be declared a winner, and none of the baby-shakers and hand kissers on the ballot got anywhere close to that.

Georgia voters will hit the polls again on January 5th, determining which of the two parties will control the U.S. Senate. Interestingly, the winner of this southern fiasco will dictate whether Congress will legalize marijuana in 2021.

I’m not going to bore you with a bunch of political jibber-jabber. All you need to know is that if Republicans maintain Georgia’s two seats, there will be more setbacks for the cannabis movement. But if the Democrats win – giddy up! The party would then become the long schlong of Washington D.C. – holding majority rule in both chambers of Congress — with the voting power to pass nearly any marijuana-related measure they desire. And these donkey-eared suits aren’t messing around when it comes to the weed debate. They are gunning for full-blown legalization – the kind that allows people to buy pot products the same way they do beer.

Lawmakers have already set this up.

Earlier this month, the U.S. House of Representatives approved the MORE Act (Marijuana Opportunity and Expungement Act), designed to legalize marijuana at the national level. The bill would essentially create a system that allows weed to be taxed and regulated like alcohol and tobacco. It would also serve to forgive non-violent pot-related crimes and dedicate a portion of the tax revenue to salvaging communities beaten the worst by old school drug war tactics.

The only problem is the Republican-dominated Senate isn’t about to support the measure. Senate Majority Leader Mitch McConnell doesn’t have any interest in legalizing marijuana. McConnell has even criticized the Democrats for trying to legalize weed when the country is desperate for pandemic relief. Meanwhile, legal weed at the national level is predicted to generate around 1 million jobs and contribute billions to the economy. Many believe that if the U.S. legalized alcohol to recover from the Great Depression, why not do the same now with cannabis?

To say it’s freaking war right now on the political front would be an understatement. This is especially true since Georgia holds all the marbles. And it’s going to be a tight race. As it stands, the Democrats have a slight lead, but the Republicans could still conquer all. Considering the venue, perhaps this showdown would be best handled in a NASCAR race.

However, if the Democrats win, marijuana legalization has a real shot at going the distance nationwide. Since the House has already approved the MORE Act, a Democratic-controlled Senate could easily prioritize the bill and send it to the floor for a vote. And it would likely pass with ease, moving on to president-elect Joe Biden for either a veto or a signature. If Republicans come out on top, though, it could be at least 2023 before pot has a shot like this again.

The president-elect isn’t exactly a huge fan of full steam ahead legalization, so there’s no guarantee that he’d support the MORE Act if it landed on his desk. During his campaign, the most he promised voters was policies aimed at legalizing medical marijuana, expanding research opportunities, and decriminalizing the herb for small-time offenders. Biden doesn’t think retail reefer is the way to go in the United States. He wants to see more data before making that call.

If Democrats claim the U.S. Senate and kick the MORE Act into high gear, Biden might not necessarily go for it right away. Some hope that his vice president Kamala Harris would persuade him to sign. As a federal lawmaker, she sponsored the Senate version of the MORE Act, so it’s a bill that she might be willing to fight for. Whether she can convince Biden, a man who still might not realize that he won the presidency, that allowing adults 21 and older to buy weed is good for the country remains to be seen. For now, the fate of the American stoner rests on Georgia voters.