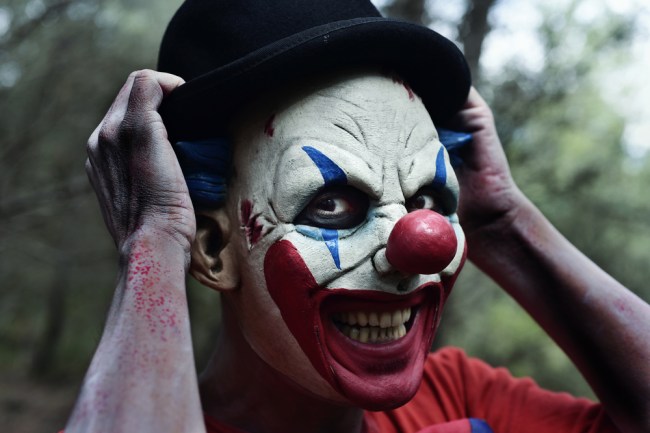 It’s been virtually impossible to ignore the hype surrounding It, which has quickly become the best performing horror movie of all time and already spawned a sequel set to be released in 2019. While the current clown epidemic might not be as serious as the one we experienced last year, coulrophobics everywhere are gearing up for the month of October in anticipation of way too many people deciding to parade around as Pennywise.

One bakery has decided to capitalize on the creepy clown resurgence by offering a very special donut delivery service designed to freak out your friends (or foes, depending on how malicious you’re feeling). For a $5 fee, Hurts Donuts will dispatch a walking nightmare bearing a box of donuts— along with a handful of Pennywise’s signature red balloons— to the location of your choice.

Based on the following videos, plenty of people have already taken the bakery up on their offer:

Hurts Donut co-owner Kas Clegg explained the inspiration for the stunt to Guide Live, saying, “We always try to keep up with the trends, and clowns are trending right now. It’s fall, and it’s getting close to Halloween, so we just wanted to spice it up a little bit and do a super fun delivery.”

Considering the company is based in Texas, let’s just hope no clowns are harmed in the making of this publicity stunt.