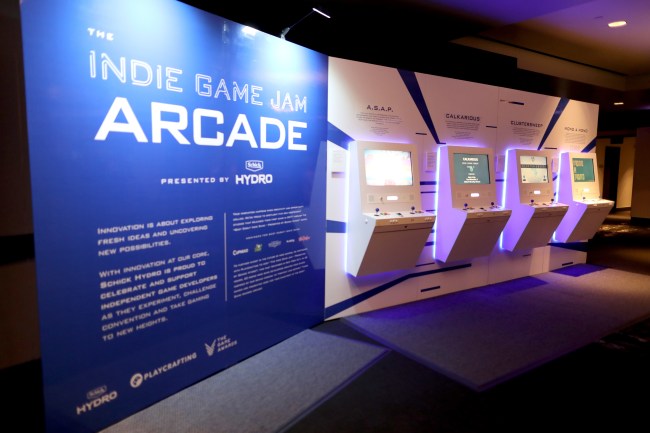 Remember that feeling of hitting the arcade at the mall back in the day with a fistful of dollar bills to convert to arcade tokens? Nothing was better. I can’t tell you how many Friday and Saturday nights I spent with my brother and old man at the mall, gaming our hearts out at Crusin’ USA or Teenage Mutant Ninja Turtles: Turtles In Time or Street Fighter 2 at Aladdin’s Castle.

Growing up in the ’90s, mall arcades were a special place to fall in love with video games. They served as 16-bit sanctuaries where you could discover what games you liked and didn’t like without shelling out hard-earned chore money on a coveted — yet expensive — console release.

In an era of smartphones and 4K, blockbuster-style video game franchises, the spirit of the arcade lives on in the indie gaming community. Franchises like Cuphead — voted the Best Debut Indie Game, presented by Schick Hydro at the 2017 Gaming Awards — have exploded amongst gamers looking for something different from the norm. Cuphead is a game that *feels* like an arcade release, complete with Tex Avery Show-style animation and levels that don’t require you going into exploring monstrously-confusing open worlds.

In addition to presenting the Indie Game Award at the Gaming Awards, Schick Hydro also partnered up with Playcrafting for “The Indie Game Jam.” From November 17-19, 20 independent game developers created games based around Schick Hydro’s mission when it comes to grooming: “Protect and defend.” All the games showcase the spirit of an old school arcade, which Schick Hydro showcased in the lobby of The Game Awards at Microsoft Theater in L.A. earlier in December.

If you love that old school arcade feeling, check out the games showcased from the Indie Game Jam. You can play them all online RIGHT HERE.

ASAP — As Smooth As Possible

There is a problem. You are not smooth. You are doomed to a rough and scraggly future. This is your fate, unless…  your legs have anything to say about it.

If you’re an old 30-something dinosaur like me, you might remember the ’90s computer game The Neverhood starring Earthworm Jim — ASAP is the trippy, face-shaving version of that avant garde PC classic. 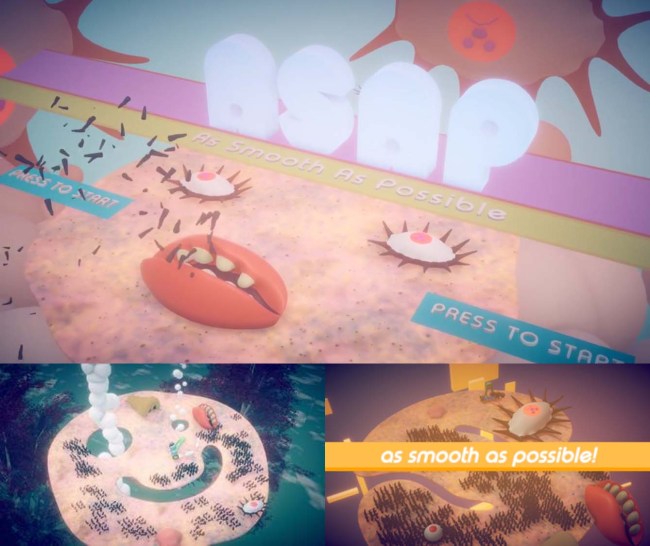 MONO A MONO is the fast-paced arcade RTS where you lead a synchronized primate army. Use gorillas to capture monkey-generating shrines, or send your sword-wielding monkeys to thin the enemy horde. Protect and defend the central sanctuary from the enemy horde that threatens the jungle! 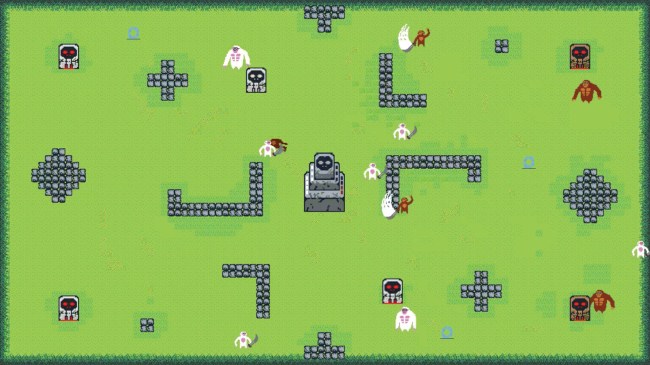 Humanity is gone. All life is virtually destroyed. A single defense robot is responsible for the last form of life – a growing amoeba under siege from an aggressive and unrelentless virus. It is 1990. Welcome to Clustersweep.

If you were a nerd like me who played the your dad’s favorite ’70s arcade classic, Asteroid, on the family Gateway computer for hours on end while neglecting doing your times tables homework, this game is for you. 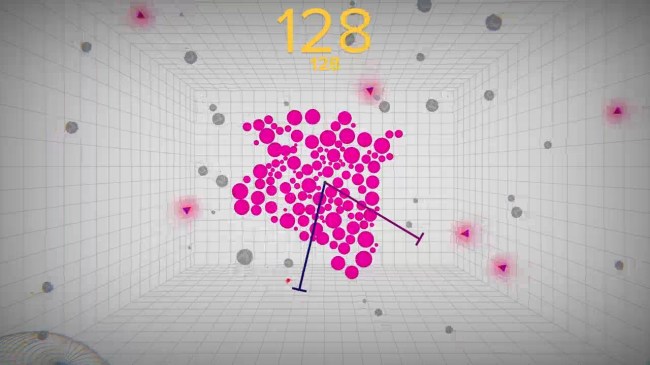 Calkarious is a cooperative top-down shooter where two players must defend a powerful brain coral under constant siege by bioluminescent creatures.

Each enemy can only be killed by a shot matching its own color, and players
will need to constantly switch up their attacks to survive.

WHAT UP, GALAGA?! U UP?! — Because this is the most woke form of GALAGA to ever be created.