Influencer With 2.6 Million Instagram Followers Who Failed To Sell 36 Shirts Rants Online About Lack Of Support 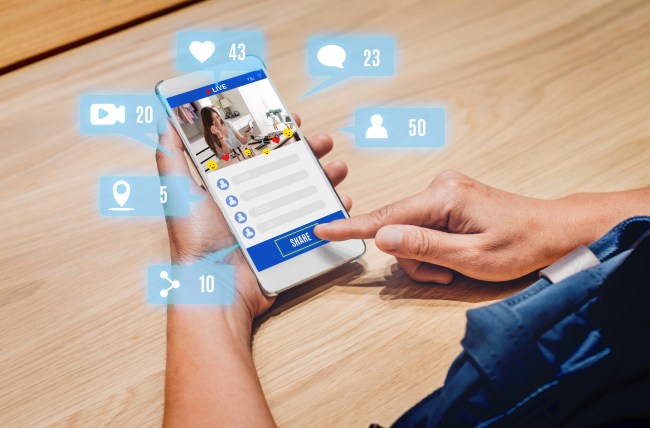 A story broke last week that highlighted just how valuable social media clout is in today’s society. It involved a fugitive on the run who who agreed to turn himself in if the ‘Wanted’ poster of his mugshot online received 15,000 likes. All he yearned for was a nice little confidence boost before he’s thrown in a cage and forced to eat garbage.

‘Likes’ will make you walk taller for a day, but the social media major leaguers have figured out a way to use their likeness to generate revenue through social media.

An 18-year-old Instagram influencer known as Arii was equipped with 2.6 million followers who she hoped to turn into customers by introducing them to a clothing brand she was working in tandem with. She needed just 36 orders for the company to even make her product, equating to a converting percentage of .00001385% of her following. She did not meet her fulfillment order and in a since-deleted post, detailed her disappointment and added to the growing evidence that the influencer marketing bubble is primed to burst.

The influencer bubble is bursting. This young lady has well over 2 million followers and couldn’t sell 36 shirts. Focus on genuine engagement and not followers cuz they ain’t gonna buy a thing. pic.twitter.com/uOSVxc2k4D

hi, it breaks my heart to have to write this post. as ya’ll know I released my brand. i’ve poured my heart into this drop. for my photoshoot, I flew out a photographer & a makeup artist & I planned weeks ahead and I was lucky enough to gather some friends who modeled for me…I rented out a huge photo studio for the day so I could [take] as many shots & video promo shots as I could…

But unfortunately the company that I’m working with goes based on your first drop sales. in order for them to order & make my products (even to keep working with them) I have to sell at least 36 pieces (knowing I’ve became super irrelevant, I already knew it was going to be hard) but i was getting such good feedback that people loved it & were gonna buy it.

No one has kept their word so now the company won’t be able to send out the orders to people who actually bought shit & it breaks my heart (don’t worry you’ll get a refund). I sent PR packages to friends but I didn’t get any feedback from them (which i understand people are busy I don’t expect to be their #1 priority) aside from that the people who i thought who would support me, really didn’t nor did they share any of my posts (all I asked for), sounds bitchy but like no shade to anyone, i’ve supported everyones music or watever they’ve asked for my support on and i couldn’t even get in in return :/ but it’s okay because I see this as a setback & a wakeup call to work harder for what i want & to never give up!! this isnt the end of my brand. this is just a minor setback & i will take this time to make my brand better for ya’ll. thank you to those who have supported!!!! i really appreciate from the bottom of my heart.

Me when my music drops and I’m lookin at about 3 million ppl like this pic.twitter.com/TMaToHUgf8

Arii’s struggles shine light on the evolving nature of influencer marketing. According to Influencer Marketing Hub, there were nearly 13 million brand-sponsored posts on Instagram in 2017 alone. This avenue has proven to be far less expensive that the traditional Pay Per Click advertising model, but recent studies have shown that influencer marketing is ineffective for brands’ online ranking.

People are no longer enticed by a bikini-clad Instagram model holding up a weight loss protein bar in an effort to appear organic. Consumers are not stupid and brands are going to need to get a bit more savvy if they want to convert eyeballs to dollars.