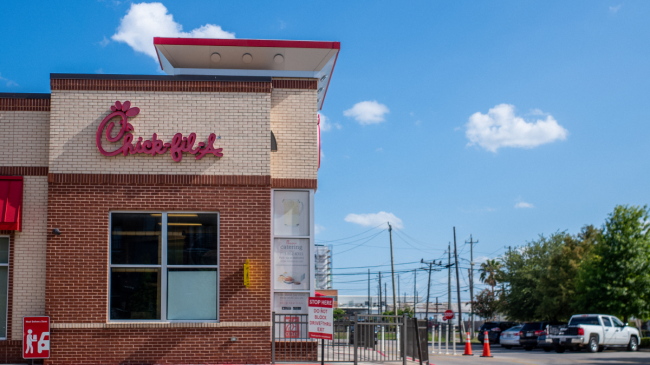 An interesting story made headlines this weekend in Florida. A Chick-Fil-A worker was videotaped stopping a carjacking in the restaurant parking lot.

The Okaloosa Sheriff’s department posted the heroic clip on Twitter Wednesday afternoon with the following caption.

“In reference to the FWB Chick-fil-A employee who ran to help a woman with a baby who was being carjacked, we want to say a sincere thank you to Ms. Kelner for providing video of a portion of the encounter. (see prior post). A major shout-out to this young man for his courage!”

Apparently, this man had successfully snagged the car keys away from a woman and her baby, swiping the keys from her waistband. After racing to the car door and stepping inside the vehicle, the restaurant worker caught up to the bandit.

He tackled the assailant and forced him to the ground while help arrived. An awesome act of courage.

After the video was released, many on social media jumped in to give their reactions. Take a look at the immediate response.

Twitter was quick to respond to the now viral video. Here are some of the best reactions to the clip.

One follower said, “Carjackers can now operate safely only on Sundays,” as Chick-Fil-A’s are only open Monday through Saturday.

This Twitter user posted, “One minute you’re stealing a car, the next you’re being choked unconscious by a high schooler whispering, ‘my pleasure’ in your ear.”

This person commented on the customer service typically seen at Chick-Fil-A locations by saying, “And I’m guessing it still didn’t slow down the service at the drive-thru.”

In all seriousness, though, this was a courageous act of kindness by the restaurant worker.